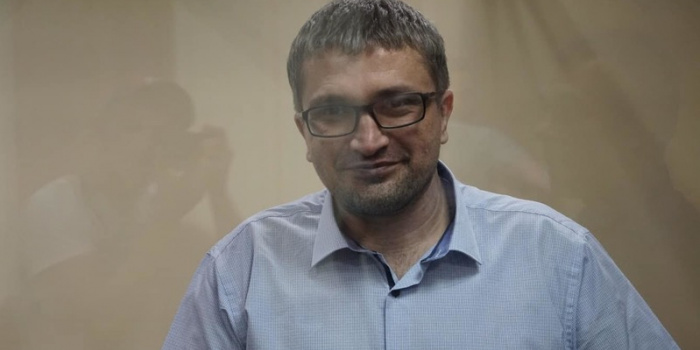 The defense has re-filed a motion for early parole for convicted Crimean blogger, citizen journalist Nariman Memedeminov, as the Crimean Solidarity reported with reference to the lawyer of thejournalist, Emil Kurbedinov.

"We are seeking the early parole for Nariman Memedeminov since the in compliance with the law, he has such a right," the lawyer said.

According to him, this motion will be considered by the Bagaevsky district court of the Rostov region of the Russian Federation.

"We filed the first motion with the Kirov District Court, but the court had no time to consider our appeal on the merits, as Nariman Memedeminov was almost immediately transferred to a colony-settlement from the detention center in Rostov-on-Don," the lawyer said.

He also added that Memedeminov is placed in a penal establishment G8 in the village of Sadkovske, Rostov region.

As IMI reported, in early June the convicted Crimean journalist and media coordinator with "Crimean solidarity" Nariman Memedeminova was sent to penal establishment in the Rostov region.

The lawyer of Nariman Memedeminov applied to the Kirov District Court of Rostov-on-Don in Russia for early parole.

On May 14, 2020, the Military Court of Appeal in the Moscow Region upheld the sentence of Crimean civilian journalist Nariman Memedeminov on charges of "public incitement to terrorist activity." At the court hearing, Memedeminov himself called on his colleagues to continue to cover the persecution in the annexed Crimea.