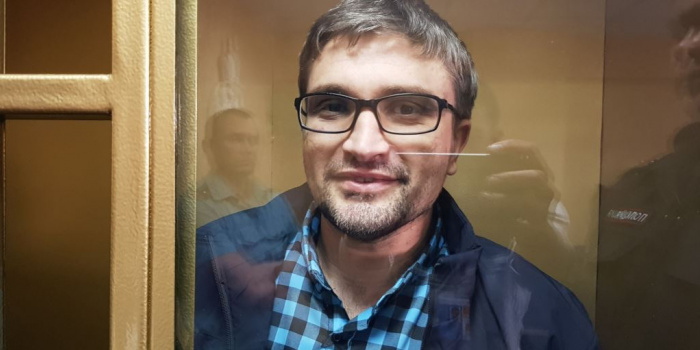 A Russian military court has rejected an appeal by Crimean Tatar blogger Nariman Memedeminov to overturn his conviction on charges of inciting extremism, leaving him to serve the rest of his sentence in prison, as Radio Free Europe/Radio Liberty reported.

The May 14 decision comes as Russia is accused of stepping up pressure on bloggers and independent media critical of the Kremlin's policies.

Rights groups and Western governments have also denounced what they call a campaign of oppression targeting members of the Turkic-speaking Crimean Tatar minority and others who opposed Moscow's seizure of the Ukrainian peninsula in March 2014.

The majority of Crimean Tatars were against the Russian takeover of their historical homeland.

Memedeminov was arrested in Crimea in late March 2018 on charges his YouTube videos dating from 2013 to 2015 incited followers to commit acts of terrorism.

In his video blogs, Memedeminov discussed political developments, voiced opinions on Russian holidays, and called on Muslims to observe their religious norms. Most Crimean Tatars are Muslim.

In a ruling denounced by human rights and media-freedom watchdogs, a military court in the southern Russian city of Rostov-on-Don in October 2019 sentenced him to 2 1/2 years in prison.

During the May 14 hearing at the Moscow region's military court of appeals, Memedeminov called on bloggers and journalists to continue to report on human rights abuses in Crimea.

"I ask that you continue to pay attention to the persecution on religious, national and professional grounds on the territory of Crimea. I hope soon to meet with you directly and not through the bars," he said.

Ahead of the court ruling, the New York-based Committee to Protect Journalists called on the court to overturn Memedeminov’s conviction, saying: "Forcefully transporting a Ukrainian citizen and independent journalist from Crimea to Russia and trying him in a military court on absurd charges is a violation of international legal norms, and the Russian authorities know it."