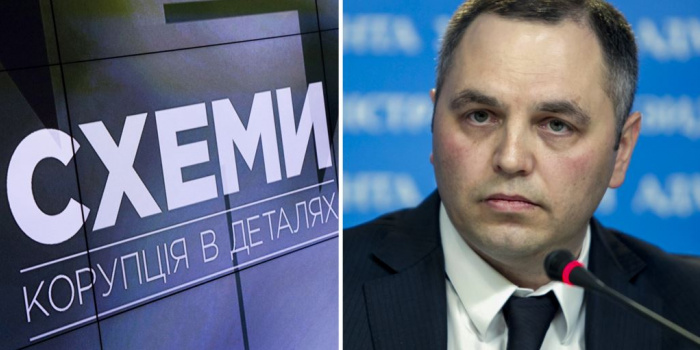 On December 14, the Kyiv Court of Appeals dismissed an appeal filed by Borys Mazur, driver with Skhemy program challenging the decision by the Pechersk District Court, which in August disallowed him a lawsuit to protect his right to privacy and rejected a request to oblige the former MP and former deputy head of the Presidential Administration. Andriy Portnov to take down his personal data from the public space, as Radio Liberty reported.

After the integral text of the decision of the Kyiv Court of Appeal with the motivational part is published, they will appealed against it in cassation, said Borys Mazur's lawyer Oksana Maksymenyuk.

"The court establises a dangerous practice through which the personal information of any person can be disseminated as a way to protect their rights, although the law says that such dissemination is illegal and is allowed only in exceptional cases. Now, based on this decision, any person can make public any personal data of the person and consider that such way of defense is lawful and corresponds to principles of proportionality and reasonableness ", - Maksymenyuk said.

The decision in favor of Andriy Portnov was made by a panel of judges of the Kyiv City Court of Appeal consisting of Hanna Kryzhanivska, Maksym Onishchuk and Victoria Shebuyeva.

"The decision of the court of first instance came into force. That is, in fact, the appeal obliged Borys Mazur to reimburse 52,000 hryvnias (around $1,800) to Andriy Portnov for payment of his legal services. We will also file a petition, which will suspend the execution of the decision of the first instance until the end of the cassation review. This will stop the collection of legal fees, "Maksymenyuk said.

As IMI reported, in September 2020, it became known that National Police abandoned the criminal proceedings against Andriy Portnov, who had previously publicly threatened the editorial board of the Skhemy investigative journalism program and disclosed the detailed personal data of the program's drivers.

The criminal proceedings were registered under two articles of the Criminal Code: “Obstruction to the lawful professional activity of journalists” and “Threat or violence against the journalist”. Proceedings under the first article have been dropped on July 31, and under the second one have been dropped on August 5, 2020. The cases were dropped "due to the absence of elements of crime."

As IMI reported, on August 31 2020, Svitlana Volkova, a judge of the Pechersk District Court of Kyiv dismissed the privacy claim filed by Skhemy’s driver Borys Mazur. Thus, his request to oblige former Deputy Chief of Staff Andriy Portnov to revoke his personal data from the public domain has been rejected. The court also ruled to recover 52,500 hryvnias (around $1 892) of lawyers’ fees of Portnov from Borys Mazur.

On November 2, 2019, Andriy Portnov threatened the entire editorial board of the Schema investigative journalism program with the publication of "their detailed personal and personal information," as well as "analysis of private life and unobtrusive support in the dark," and published three license plates . in his words, related to journalists.

On November 4, 2019, the Media for Conscious Choice Movement and other media representatives called on the authorities and law enforcement agencies to bring Andriy Portnov to justice and asked to guarantee the safety of journalists.

On November 7, the police have launched criminal proceedings due to threats to the journalists with Radio Liberty, as it is reported on the website of the National Police.

Then, he disclosed data of number plates of three other cars related to “Schemes” journalists. The "Schemes" editorial board regards it is direct pressure.