Portnov made public personal data of driver of “Schemes” program, due to investigation 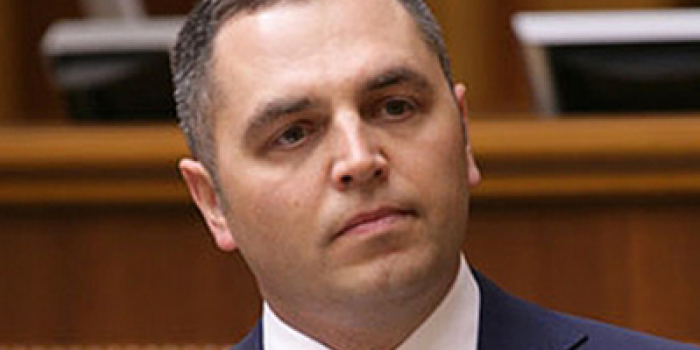 The former MP and Deputy Head of the Presidential Administration of the times of Viktor Yanukovych Andriy Portnov released to the public the personal data of a member of the TV crew of “Schemes: corruption in details" program, as the editorial board is preparing an investigation into the influence and relations of the former official with the new Ukrainian authorities, as Radio Liberty reported.

According to the editorial board of “Schemes” and the lawyers, acting like this, Portnov has directly violated the Ukrainian legislation, by several articles.

On October 31, in his Telegram channel, Andriy Portnov divulgated the personal data of the driver of the TV crew which was investigating Portnov's activity, namely his full passport information and home address, car number plate, as well as the information as to his place of residence.

"We consider the investigation of the influence of Andriy Portnov and his relations with the Ukrainian authorities as publicly important information and him as a public figure. Therefore, the editorial board does not intend to stop working on this topic due to pressure made by means of the publication of personal data of members of the TV crew or  by means of any other pressure”, the editorial board of "Schemes” declared.

The Portnov's disclosure of such information is a violation of a number of articles of the law on personal data protection and the Criminal Code, as to the lawyers.

"Dissemination of the personal data of journalists and staff involved in assisting in the collection of information is a breach of the disclosure of personal data of persons. Moreover, the data that clearly identify the person and his / her residence, is threat to the driver. The Article 6 of the Protection Act on personal data determines the cases when such data may be disseminated. In this case, such disclosure is not conditioned by any legal need, "- as Lyudmila Pankratova, lawyer for the Regional Press Development Institute, told.

.Pankratova added: "The danger for journalists is that this personal data was obtained from official, but not open sources - from the holder of personal data. For example, passport data. This threatens the security of the entire editorial board. Given the fact, the authorities is attempting to devalue the work of journalists, this could be a signal of misconduct against editorial staff. Moreover, Portnov's behavior also gives a signal to sources of information, as it is perceived as a possible attack on journalists. "

According to lawyer Vira Krat, the disclosure of such data also has signs of violation of the Article 171 of the Criminal Code:  influence on journalists aiming to interfere with their professional activity, and the Article 182 "Illegal collection and distribution of personal data".