This is stated in the exclusive investigation "How Ukrainian journalist Maks Levin was executed by Russian forces" conducted by the organization, whose representatives visited Ukraine from May 24 to June 3 to investigate the death of Levin.

On the basis of the information and evidence they gathered, RSF’s investigators (Arnaud Froger, the head of RSF’s investigation desk, and Patrick Chauvel, a French war photo-reporter who had worked with Levin in the Donbas at the end of February) were able to reconstruct what happened.

They concluded that Levin and his friend Chernyshov were executed by russian soldiers in a forest near Kyiv on March 13. Possibly after being interrogated and even tortured. Their bodies were found on April 1 in a forest near Moshchun village, 20 km north of Kyiv.

According to RSF, on 10 March, Levin lost his drone in the forest near Moshchun while trying to get footage from russia’s military invasion in the area. When he returned to these woods three days later, the russians were already occupying part of the forest. The terrain was hostile but Levin was determined to recover his drone at all costs because he was convinced that the last images it had taken were very important. He did not succeed.

The report states that, accompanied by members of the security forces, RSF managed to locate the crime scene. Levin’s charred Ford Maverick was still there. RSF found several bullets at the scene, along with the identity papers of Chernyshov, the soldier who was with Levin, and identified 14 bullet impacts in his car. Several items with possible DNA traces attesting to the presence of russian soldiers very close to the spot where Levin and Chernyshov were killed have also been collected. 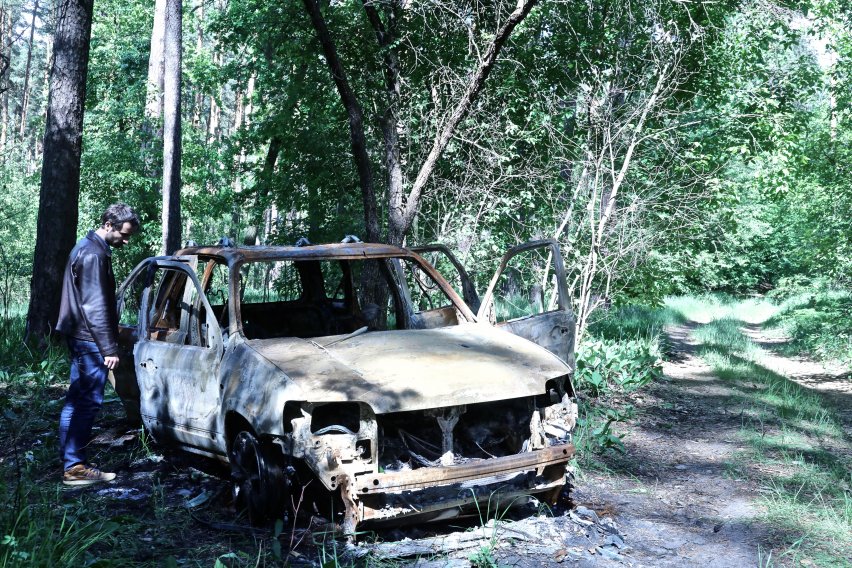 In a final search phase initiated by RSF, metal detectors located a bullet that had probably struck Levin. 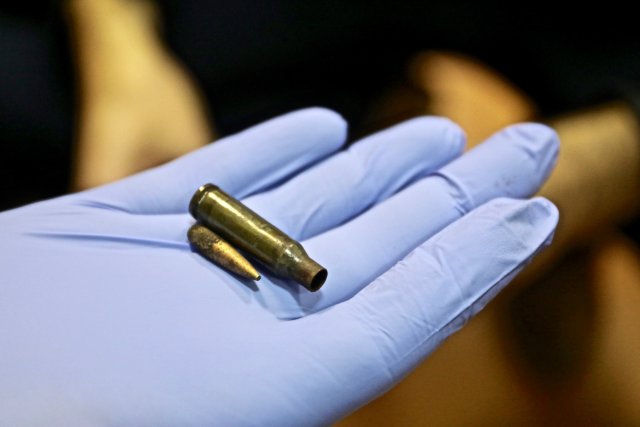 The bullet found in the ground where Maks Levin's body had been. The bullet and the shell were found during the search initiated by RSF on May 30, 2022, in the forest near Huta Mezhyhirska, north of Kyiv, Ukraine. Patrick Chauvel / RSF

The preliminary findings of RSF’s report describe the information, photos, testimonies and material evidence obtained in the course of the investigation.

RSF notes that they have not been able to answer all the questions, which are still numerous at this stage, but has developed two hypotheses on the basis of all these elements. Detailed in the report, these two scenarios offer possible avenues for reconstructing the sequence of events and establishing exactly what happened. The organization hopes that they will one day lead to the identification of this double murder’s perpetrators.

"Analysis of the photos of the crime scene, the observations made on the spot and the material evidence recovered clearly point to an execution that may have been preceded by interrogation or even acts of torture. In the context of a war heavily marked by propaganda and Kremlin censorship, Maks Levin and his friend paid with their lives for their fight for reliable information. We owe them the truth. And we will fight to identify and find those who executed them," said RSF Secretary-General Christophe Deloire.

Chauvel, the report's co-author, added, "Despite the risks, Maks went into this forest to try to recover his drone, to recover proof in the form of images. His execution by Russian soldiers was a crime against freedom of expression. This truth will not be hidden and RSF’s investigation will be put at the service of your values, Maks. I promise you that."

In the course of this visit, RSF was received by Ukraine’s deputy prosecutor-general, the head of the department for investigating crimes against the media, and the head of the Kyiv regional prosecutor’s office. As a result of these meetings, RSF’s Arnaud Froger was formally interviewed as a witness in the Ukrainian investigation into Levin’s murder. This interview, by members of the Security Service of Ukraine (SBU), took place in Kyiv on 1 June. During this interview, RSF handed over nine pieces of evidence collected in the field and a USB flash drive containing several dozen photos of the crime scene taken by Patrick Chauvel.

Maks Levin is one of eight journalists killed in the line of duty since the start of the large-scale invasion of Ukraine. The latest victim of the war among the media is Frederic Leclerc-Imhoff, reporter for the French television news channel BFM TV who was killed by shrapnel while doing his job.