After the power supply is restored to the liberated settlements in Kharkiv oblast, Ukrainian broadcasting will resume there – Tkachenko 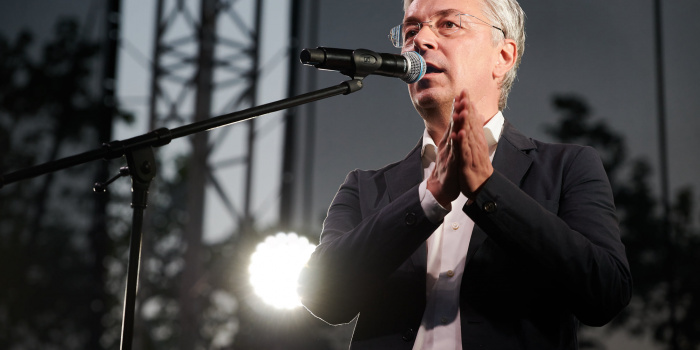 Ukrainian TV and radio broadcasting will resume in the liberated territories of Kharkiv oblast after the power supply is restored there.

The Minister of Culture and Information Policy of Ukraine Oleksandr Tkachenko announced this on the telethon, Suspilne reports.

According to him, Ukrainian TV and radio broadcasting could be restored in Balaklia "even this week," and a little later in Izyum. The first edition of the Obriyi Izyumshchyny newspaper has been brought to Izyum, the Slobozhansky Kray newspaper is in print.

"This is the first thing we can do for them: printing newspapers that will tell them about what has been happening in Ukraine for six months," said Tkachenko. The Minister of Culture said that he is working with his British colleagues to "enable the expansion of the TV and radio broadcasting to the occupied territories."

As IMI reported, during the occupation of Izyum city (Kharkiv oblast), Ukrainian radio was nearly the only source of information for the citizens. The Russians set up a complete information blockade for the people and were importing anti-Ukrainian newspapers.

Earlier, the Minister of Culture and Information Policy Oleksandr Tkachenko announced that a special newspaper covering the events in Ukraine since February 24 would be published for residents of the liberated territories of Kharkiv oblast.