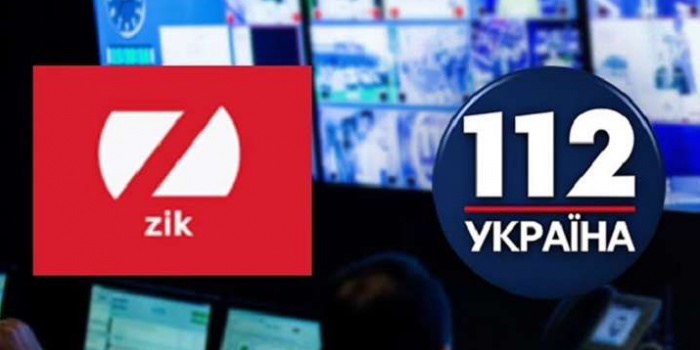 ZIK and “112 Ukraina” considered the decision of the National Council of Television and Radio Broadcasting of Ukraine to carry out an unscheduled inspection to be pressure and restrictions of the work of the mass media, as the both brodcasters said in its open letters.

Namely, ZIK claimed to have respected all the requirements of the current legislation regarding the television and claimed being strongly opposed to any breach of the law. ZIK condemned calls for incitement to violence and hatred.

ZIK broadcaster drew attention of the regulator to the fact that the persons mentioned in its decision (guests of the program "Each of us is the President") were MP of the VIII convocation Nadiya Savchenko, MP of IX convocation Renat Kuzmin, and also Mykhaylo Dobkin were not presenters or employees of the ZIK.

“The TV channel is to stress that we cannot influence the views, expressions and personal position of the guests of the live broadcast. Having regards to such statements and the decisions adopted by the regulator, ZIK has to declare that we do not agree with such definition of the National Council, ” the statement reads.

“112 Ukraina” TV channel claimed that they "strongly disagrees with the conclusions of the National Council and considered such decision as a continuation of the policy of offensive on freedom of speech in Ukraine".

As IMI reported, the National Council of Television and Radio Broadcasting has ordered unscheduled outgoing inspections of Z ZIK ("New Communications" TV and radio company, Lviv) and "112 Ukraina" (LLC "112-TV", Kyiv) to verify the facts of inciting to animosity by these TV channels. Such a decision was approved by the National Council on January 9 at its meeting.

Thus, the National Council’s monitoring identified some violations of the media legislation by the program "Each of us is the President", which was broadcast on November 26, 2019 by Z ZIK channel (with repetition on November 27, 2019).

The reason for an unscheduled inspection of the satellite TV channel "112 Ukraina" was the results of the broadcasts in August-December 2019. In particular, the broadcasts of "Big Interview", "LIVE", "LIVE NEWS", "Voice of the People", "Pulse: The Main Political Show of the Country", "This is Important", "Dialogue with the Country" had assertions of V. Medvedchuk, P. Symonenko, V. Rabinovich, G. Herman, I. Kyva, N. Korolevska, O. Voloshin, O. Lyashko, M. Dulsky and R. Kuzmin, who had signs of violation of current legislation.