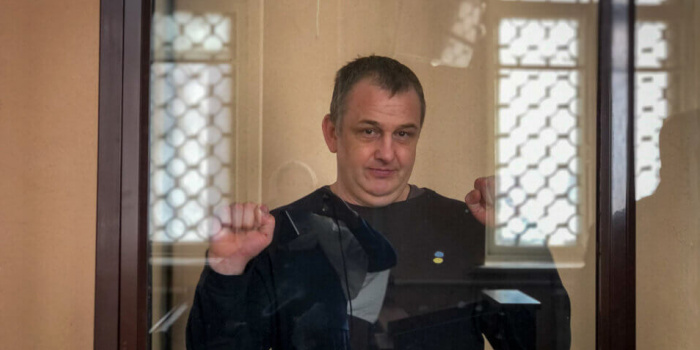 Vladyslav Yesypenko, correspondent for RFE/RL in Crimea remanded in custody until March 18th,by the decisionof the Supreme Court of Crimea, controlled by Russia. This was confirmed by Yesypenko’s wife Kateryna, as Krym.Realii (RFE/RL peroject) reported.

On December 21, 2021, the hearing in the criminal case against Esipenko was postponed for a month.

As IMI reported, on December 13, the Simferopol District Court  extended the arrest of Vladyslav Yesypenko until March 18.

On July 6, the Occupation Court in Simferopol  extended  Vladyslav Yesypenko's arrest until December 18.

As IMI reported, on March 10, Russian FSB officers detained Vladyslav Yesypenko in the occupied Crimea. Yesypenko took part in the action dedicated to Taras Shevchenko's anniversary, which took place in Simferopol on March 9.