FSB officer threatened to kill Yesypenko, if he withheld his testimony - lawyer 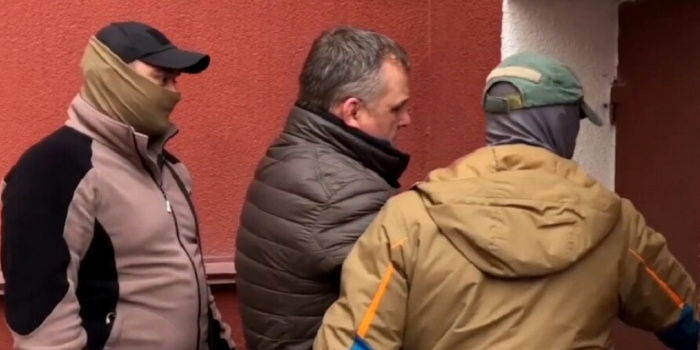 The legal counsel of Vladyslav Yesipenko, freelancer of Radio Svoboda arrested in the Crimea (the project "Krym.Realii"), Oleksiy Ladin, claimed that his client was threatened with murder by a FSB officer if he withheld his previous testimony he made under torture. Aleksey Ladin said it to “Krym.Realii”.

"After our meeting yesterday (12 April. - Ed. ) in detention center, as soon as I and my colleague Emil Kurbedinov left the ward, Vladyslav Yesypenko was summoned to a nearby room, where the FSB employee was present at that moment. The latter again began threatening Vladyslav Yesypenko with physical violence and murder if he withheld what he had said previously. It has been known that my client gave these testimonies under torture, actually perjured himself of a non-existent crime, ” the lawyer said.

"When Vladislav Yesipenko was taken out of the pre-trial detention center for investigation into the FSB building, an FSB officer in a paddy wagon again threatened to kill him if he changed his testimony. Despite this, my client explained during the interrogation as a defendant that he had slandered himself and that he had been tortured. In this regard, the defense initiates an investigation into the actions of FSB officers and asks to send the relevant case files to the military investigation department of the Investigative Committee in Crimea to initiate a criminal case, "the lawyer added.

Yesypenko also told the lawyer that during the transfer he, the only oneamong alldetained persons, had his hands were handcuffed behind his back. The lawyer considers such actions against his client as another torture.

There are no public comments from Russian FSB officers on Ladin's statement.

As IMI reported, on April 12, Russian FSB officers in Crimea threatened the execution to Vladyslav Yesypenko, an arrested contributor to Radio Liberty (Crimea.Reality RFE/RL project), after he accused the FSB of torturing him before the Crimean court..