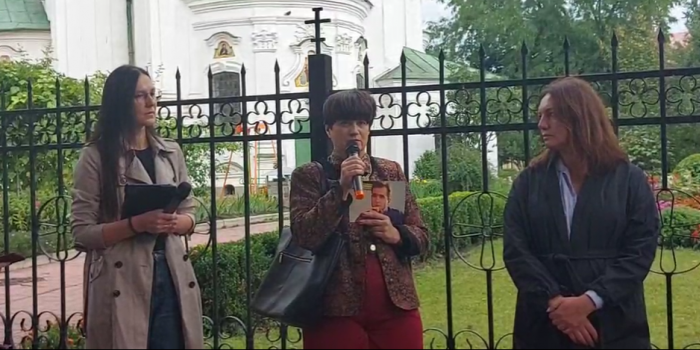 The people in the occupied territories are primarily deprived of the right to information. This was stated by lawyer and human rights defender Larysa Denysenko at the event commemorating Heorhiy Gongadze and all murdered Ukrainian journalists.

"When you have no information you are easy to intimidate, it's easy to sway you to do anything. When you are in captivity – same story. It seems to me that this is precisely how, the lens through which we realize the importance of our work – so that the society knows the truth and does not become mute," Denysenko said.

The human rights activist stressed that journalists in the occupied territories are being intimidated and tortured so that the information may turn into lies.

"This is how Russian propaganda works. And all our colleagues who are currently in the temporarily occupied territories and are trying to convey the truth, they are in danger," Larysa Denysenko added.

We remind that during the event, the executive director of IMI Oksana Romaniuk noted that it is crucial that the Ukrainian authorities investigate the war crimes committed by Russia against journalists in Ukraine promptly.