We recorded a comment from Stanytsia MCA head, and then it turned out he had sided with the occupiers – Vilne Radio editor-in-chief 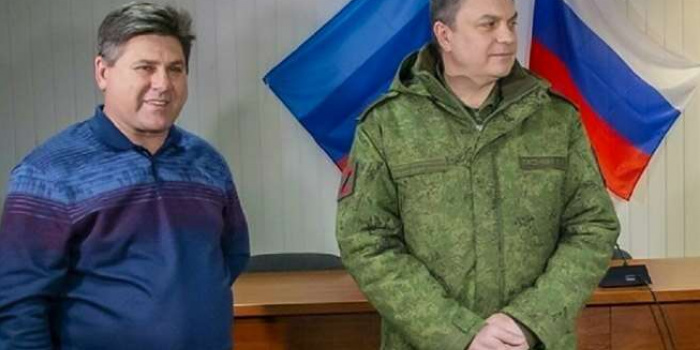 This February, after Vilne Radio editors recorded the comments from Albert Zinchenko, head of the Stanytsia Luhanska Military-Civilian Administration, it became known that he had sided with the occupiers. He continued to give comments to the media even after his betrayal.

Anna Serdyuk, Vilne Radio editor-in-chief, told an IMI representative about this when being asked how the communication with representatives of local and regional authorities and law enforcement officers has changed after Russia's full-scale invasion of Ukraine on February 24.

"We've had many different experiences, yes. We called Mr. Albert before it turned out that he (had sided with the occupiers. – Ed.). Of course, when he switched sides, he would answer even after that, and when he was notified of suspicion, he would also answer and give comments, defending himself," Anna Serdyuk said.

On March 2, 2022, in a comment to Vilne Radio, Albert Zinchenko claimed that Stanytsia Luhanska had been surrendered not by him, but by the UAF.

"I betrayed it? I didn't betray it, the UAF did, when they left in the evening together with the border guards, the police, and all the rest. Go to them with all the questions," claimed the now ex-head of the Stanytsia Luhanska MCA.

As the Luhansk Regional Prosecutor's Office reported in March, Albert Zinchenko, the head of the Stanytsia Luhanska MCA, and two of his deputies deliberately surrendered the settlement to the occupiers and now continue their illegal activities, providing the occupiers with material and technical aid. They are suspected of treason (Part 1 of Article 111 of the Criminal Code of Ukraine). The sanction of this article provides from 12 to 15 years in prison with or without confiscation of property.