"We encourage you to shirk the mobilization and surrender:" artillerymen use propaganda shells on the occupiers 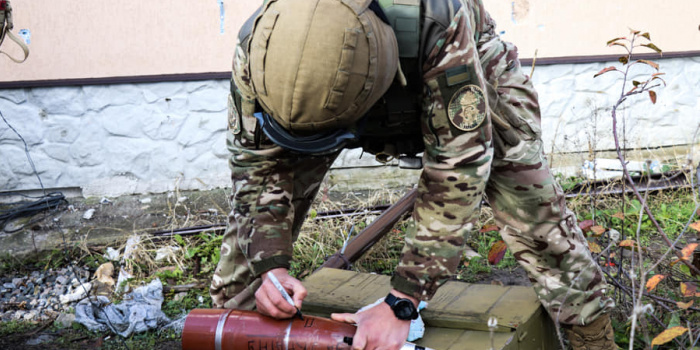 In Kharkiv oblast, National Guardsmen of the 3rd operational brigade are firing propaganda shells with instructions for surrendering at the Russian occupiers.

The leaflets are addressed to Russians and residents of the occupied territories who are fighting on the side of the Russians.

This is reported on the page of the Eastern Operational Territorial Unit of the National Guard of Ukraine.

"The artillerymen shelled the positions of the Russian troops from the border outpost in Kharkiv oblast. They were using special propaganda shells for D-30 howitzers. Each shell contains fifteen thousand such leaflets reminding the occupiers that Ukraine will soon get its lands back, and that the Russians have a chance to lay down their arms and survive. Propaganda shells are being fired in different directions so that more invaders can receive this information," the National Guard explained.

As the artillerymen themselves note, such leaflets are one of the most effective ways of influencing the enemy informationally.

"We can inform our enemy that once they are on our land, they can surrender. The military will be treated decently, according to the norms of humanitarian law. We encourage the Russians to shirk the mobilization and surrender to the Ukrainians, because it is better than dying in our artillery's devastating fire," remarked the commander of the howitzer artillery division.

As IMI reported, on October 25, 2022, Ukrainian hackers "broke" a satellite television provider in Novosibirsk and broadcast UAF's address to the Russian army with a proposal to surrender and resist mobilization.