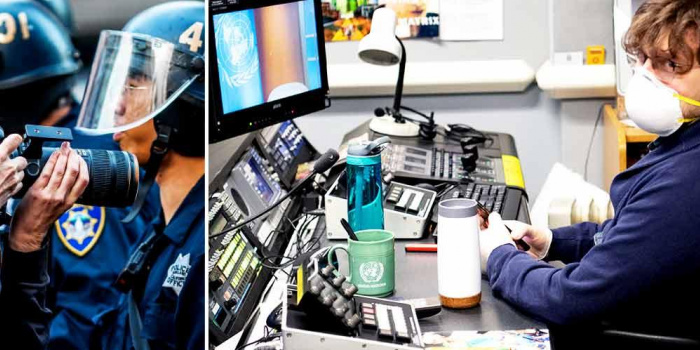 UNESCO is launching a global campaign in mass media and social networks under a slogan “Journalism Free from Fear or Favour”, as it is said on UNESCO website.

This campaign is to “draw global attention to the need for press freedom and independent journalism to provide reliable, life-saving information during the COVID-19 pandemic” as UNESCO’s report said.. From 4 to 6 of May, several round tables will be held, the events will be streamed live online through UNESCO's Facebook, Youtube and Twitter.

Every year on 3 May, the world comes together to celebrate the fundamental principles of press freedom, take stock of freedom of expression around the world, and pay tribute to journalists who have faced attacks or lost their lives in the exercise of their profession. World Press Freedom Day was proclaimed by the UN General Assembly in 1993 on the Recommendation of UNESCO's General Conference.