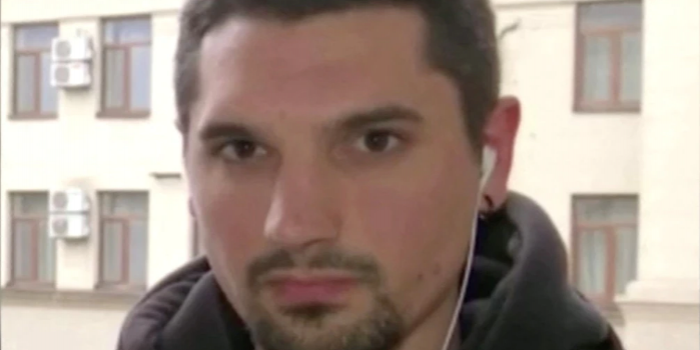 Luhansk region police have identified the death of French journalist Frederic Leclerc-Imhoff as a violation of the laws or customs of war, according to the Ministry of Internal Affairs of Ukraine.

According to the investigation, on May 30, the occupying forces opened artillery fire at an armored evacuation vehicle carrying police officers and journalists from the French news channel BFM TV. As a result of the shelling, the journalist, a French citizen, was wounded and died on the spot. A colleague of the victim received a shrapnel wound, and their interpreter suffered a concussion. A patrol policeman was also injured. They were provided with medical care.

With regards to this, criminal proceedings have been launched under Art. 438 ("Violation of the laws and customs of war") of the Criminal Code of Ukraine.

As reported by IMI, on May 30 in Lysychansk, journalist of the French channel BFMTV Frederic Leclerc-Imhoff was killed as a result of artillery shelling by russian troops. He was fatally wounded in the neck while sitting in an armored evacuation vehicle. He was covering the evacuation of local residents.

Two of his colleagues from BFMTV, Maxim Brandstetter (a French citizen) and Oksana Leuta (a Ukrainian citizen), were also injured.

The National Anti-Terrorist Prosecutor's Office of France will investigate Frederic Leclerc-Imhoff's death as a war crime.