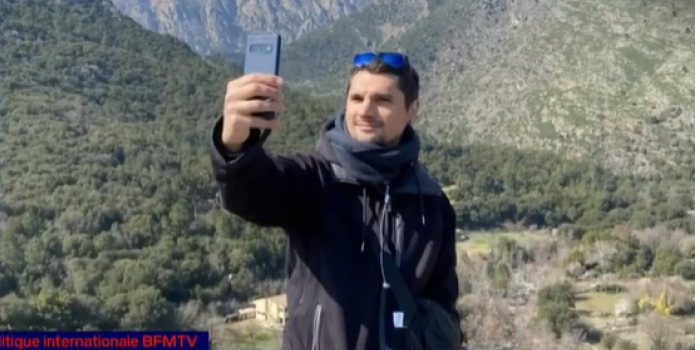 Following the death of French BFMTV journalist Frederic Leclerc-Imhoff that came as a result of russian shelling in Ukraine, the French National Anti-Terrorist Prosecutor's Office has announced the opening of an investigation into it as a war crime.

This was reported by Ukrinform with reference to BFMTV.

The investigation has been delegated to the Central Office for Combating Crimes against Humanity, Genocide, and War Crimes.

"The investigation has been launched on the grounds of a deliberate attack on the life of a person protected by international law of armed conflict, deliberate murder of persons not directly involved in the conflict, and deliberate attacks on personnel and vehicles involved in a humanitarian mission," the Anti-Terrorist Prosecutor's Office stated.

BFMTV notes that 32-year-old Frederic Leclerc-Imhoff was one of their reporters in Ukraine; he was killed by shrapnel as a result of russian shelling attack that happened while he was covering a humanitarian operation on the road to Lysychansk near Severodonetsk.

This is the eighth reporter killed since the start of the russian invasion of Ukraine. He was accompanied by his colleague Maxim Brandstetter, who suffered minor injuries during the strike, and their fixer Oksana Leuta, who was not injured, the report said.

As reported by IMI, on May 30 in Lysychansk, journalist of the French channel BFMTV Frederic Leclerc-Imhoff was killed as a result of artillery shelling by russian troops. He was fatally wounded in the neck while sitting in an armored evacuation vehicle. He was covering the evacuation of local residents.

Two of his colleagues from BFMTV, Maxim Brandstetter (a French citizen) and Oksana Leuta (a Ukrainian citizen), were also injured.