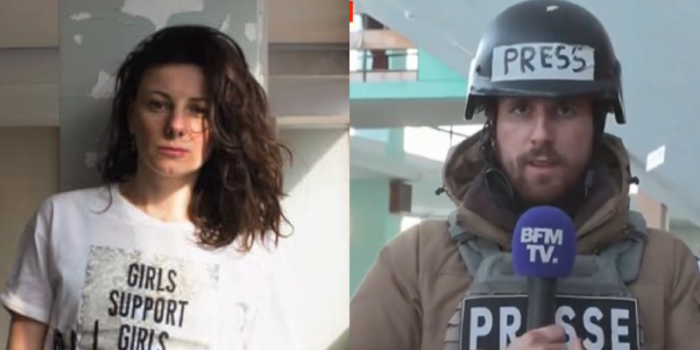 Two more representatives of the French TV channel BFMTV, Maxim Brandstetter (French citizen) and Oksana Leuta (Ukrainian citizen) were injured on May 30 in Lysychansk as a result of artillery shelling by russian troops.

This was reported to IMI by the Office of the Prosecutor General.

They were in an evacuation vehicle together with fellow BFMTV journalist Frederic Leclerc-Imhoff, who, as IMI previously reported, was killed by the shelling.

The information about this event has been submitted to the Unified Register of pre-trial investigations as a criminal offense under Part 2 of Art. 438 of the Criminal code of Ukraine ("Violation of laws and customs of war").

We remind that journalist of the French BFMTV channel Frederic Leclerc Imhoff received a fatal neck wound while being in the armored evacuation vehicle. He was covering the evacuation of the local residents.