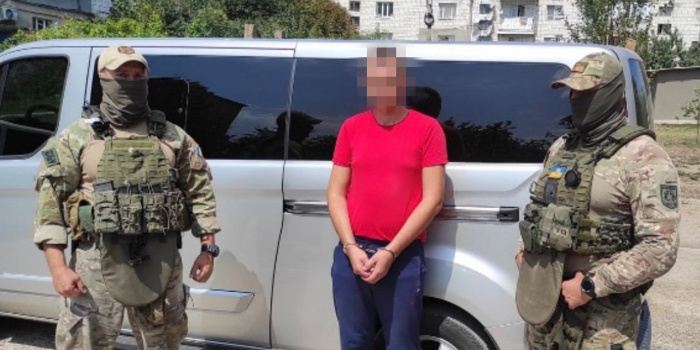 The Security Service of Ukraine reported the detention of a russian special services agent who was collecting intelligence on the locations and movements of the Armed Forces and Territorial Defense units in Odesa oblast, namely on airfields and military training grounds. This is stated on the SBU website.

It is noted that the man informed the russians of the exact coordinates of defense objects, described them in detail, provided data on personnel, military equipment and fortifications. The russians then used this information to plan the "work" of sabotage groups and missile attacks.

"According to the investigation, the traitor turned out to be a local resident, an employee of one of the state healthcare institutions. He did not hide his pro-russian views, overtly expressing them on private Telegram channels monitored by russian special services. The man received an offer to cooperate with the occupiers after contacting representatives of the aggressor country's special services via the messenger on his own phone," the report reads.

The detainee was declared a suspect under Part 2 of Art. 111 of the Criminal Code (treason committed under martial law) and taken into custody.