Russian prosecutors ask for 7 years of imprisonment for Iryna Danilovych 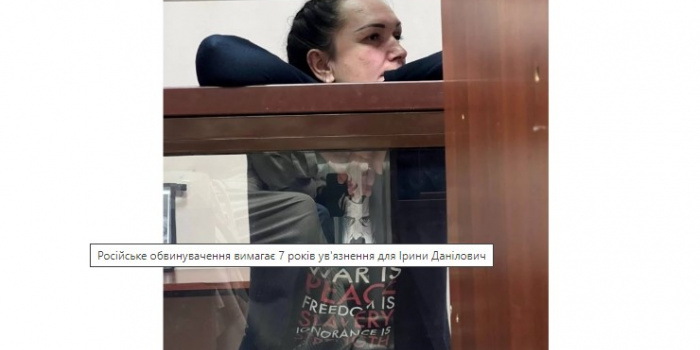 During the debate, the representative of the Russian State Prosecutor's Office, Yulia Matveyeva, said that Danilovych's guilt has been fully proven during the judicial investigation.

In turn, the journalist's defense pointed to numerous contradictions in the witnesses' testimonies, the inadmissibility of some pieces of evidence in the case file, the lack of any substantial evidence, as well as perjury by one of the "identifying witnesses", who turned out to be an officer of the Crimean police.

During the hearing on December 27, Iryna Danilovych felt ill, and an ambulance had to be called to the court room.

The verdict in Iryna Danilovych's case is preliminarily set to be announced on December 28.