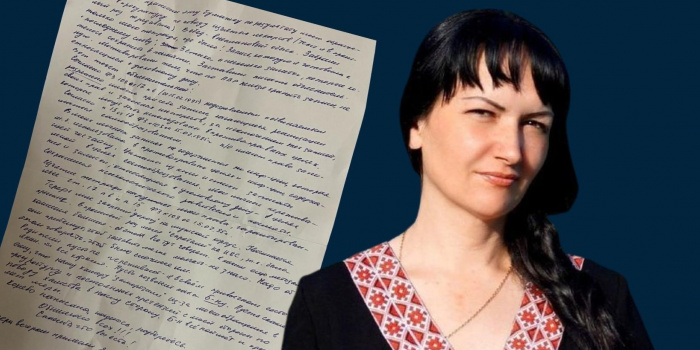 Citizen journalist Iryna Danilovych wrote a letter saying that the pressure on her was increasing. This was reported by NGO KrymSOS, which published the letter.

Iryna is currently in the pre-trial detention center No. 1 in Simferopol. Her letter mentions a noticeable increase in pressure and the fact that the prison staff has illegally taken away her personal belongings, including poems and notes.

In a letter dated November 11, Danilovych wrote that there had been an unscheduled search of her cell conducted at lunchtime.

"They only took away my notebook, which contained: the notes I had been preparing for the "last word"; three poems, and a few notes that I wanted to keep in my memory. They made me write an explanatory note. Said that keeping notes that are not related to the case is against the rules," Iryna wrote in the letter.

In the explanatory note, she noted that taking away her notebook is a violation of her rights: suspects and accused persons are allowed to keep personal notes, and they also have the right to self-education.

"My personal records contain no information that can be used for illegal purposes and no information that contains state secrets. The quotes from books and poems were written down by me for self-education purposes. My personal experiences and notes related to the criminal case are for the purpose of preserving psychological balance and memory," she wrote.

"Now the 'road' to the men's building is closed for me. The pressuring begins. Last time they 'hid' me in an isolation cell because there was a big commission checking the facility – everyone here is talking about it. I don't know what methods they will use next to silence me. We must keep talking about it so that they have a harder time doing it," Iryna said. 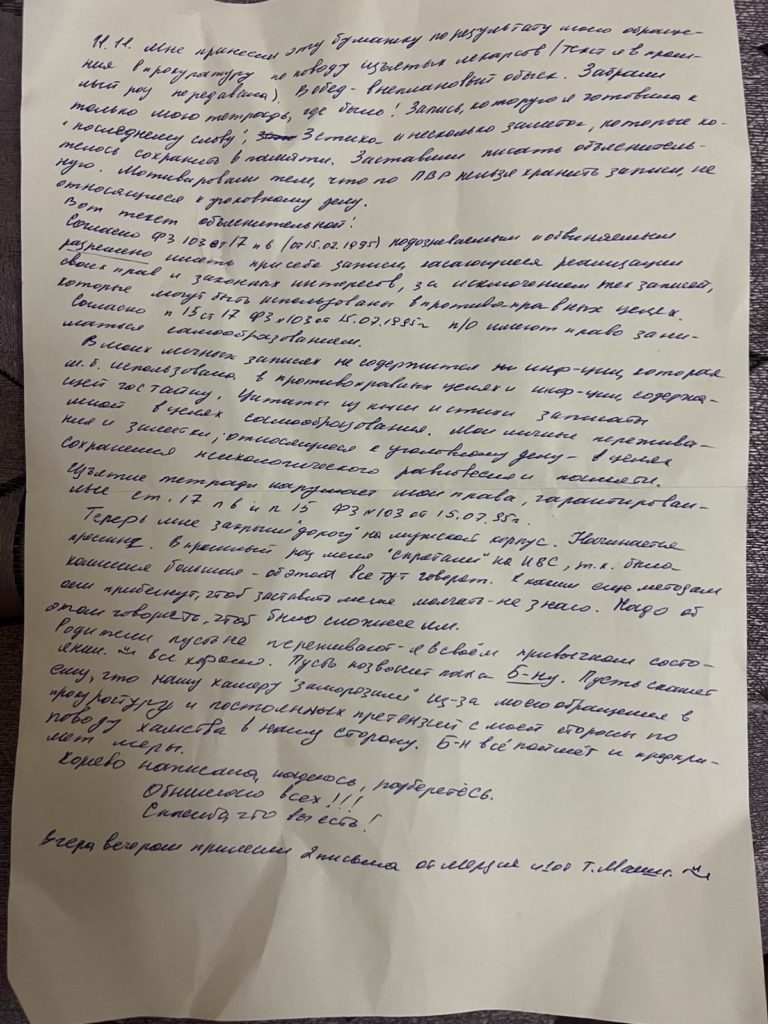 As IMI reported, on November 15, human rights and media organizations issued a statement about the politically motivated trial against citizen journalist Iryna Danilovych, which is ongoing in occupied Crimea.

On August 29, in the russian-controlled Feodosia city court, a trial on merits of the case of citizen journalist Iryna Danylovych, who is accused of illegally storing explosives in a glasses case, has begun. The FSB accuses her of making an explosive device from an explosive substance and striking elements (medical needles) and keeping it on her person.