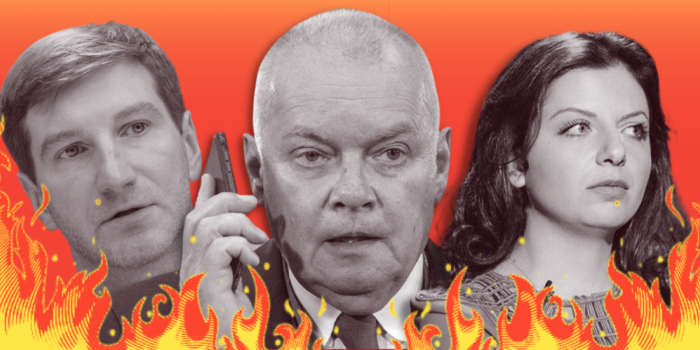 In Kherson, the occupiers are moving into civilian houses, disguised as civilians, and strengthening their positions inside the city, bracing for urban warfare.

This was reported by the UAF General Staff.

"In the meantime, Russian propaganda journalists are planning to film videos about the Ukrainian Defense Forces killing 'civilians' in the city," the General Staff said.

According to the head of the Kherson RMA, Yaroslav Yanushevych, there is a high probability of the occupiers carrying out provocations in Kherson oblast in the coming days. The enemy aims to accuse the UAF of war crimes.

Yanushevych said this on his Telegram channel.

Citing intelligence data, he noted that the occupiers are sending SMS texts to the city's residents, warning them that the Ukrainian Armed Forces are allegedly planning a massive artillery attack on civilian infrastructure. People are being urged to "evacuate" and warned of a 24-hour curfew.

Meanwhile, the Russians continue to loot the oblast's populated areas on the right bank of the Dnipro: they are robbing homes, shops, and warehouses.

According to Yanushevych, the Russians have stolen all the documentation from the local councils along the mouth of the Dnipro, and used the buildings to set up their own commandant's offices.

"In Olhivka and Tokarivka villages, the occupiers blew up the mobile connection towers of Ukrainian operators," noted the RMA head.

As IMI reported, the Russian President's administration has prepared several new manuals for propagandists on how to explain the retreat from Kherson to the Russians.

In the meantime, Russian propaganda channels have stopped working in occupied Kherson; instead, "Ukrainian Radio" has become available again.