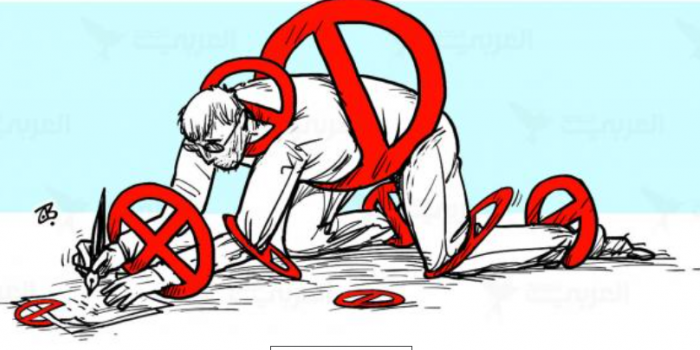 The Russian President's administration has prepared several new manuals for propagandists on how to explain the retreat from Kherson to the Russians. This was reported by Meduza, which has two such documents on their hands.

The first manual says that the Kherson axis is "poses the most difficulties for the Russian army at the current stage of the special operation" (this is what call the war Russia is waging against Ukraine – Ed.). It suggests that propagandists explain this situation by saying that Ukraine "has a vital need to demonstrate the combat capability" of its troops in order to "ask for new aid from the West."

Another reason for the Russian army's possible retreat, as listed in the manual, is that Ukraine and the NATO countries have "thrown all their forces" towards the Kherson segment of the front line specifically, and this allegedly creates the danger of "huge bloodshed."

"The enemy wants Kherson to become a trap for Russia, a battlefield with tens of thousands dead. The Ukrainian Armed Forces are planning to stage a terrorist attack by destroying the Kakhovka HPP. Blowing up the hydroelectric power plant can create a trap for our soldiers. This would flood the civilian populated areas, and our troops would be trapped in a pocket with no chance even to fight back – they would simply be washed away," the propaganda manual says.

Moreover, it is recommended that the propagandists emphasize that conducting urban warfare in Kherson is "impractical", as "these types of battles are always the most difficult and destructive," and that the UAF "may simply raze Kherson to the ground."

The second manual prepared in the Kremlin points out that state propaganda should "pay attention" to the speech by Anatoly Torkunov, a member of the academic council at the Security Council of the Russian Federation. At a meeting with Putin, Torkunov mentioned the Battle of Poltava and said that before his victory over Sweden, Peter 'retreated to Poltava' and that it was the retreat that ultimately led to the 'turning point of the war.'"

The publication's sources in the Kremlin note that the Russian authorities now consider surrendering Kherson an "undesirable" but "probable" development on the front line. At the same time, some of them have noted that, in general, the situation in this segment of the front depends not on Moscow, but on the actions of the UAF.

We will remind you that on October 20, President of Ukraine Volodymyr Zelensky said that the Russian military had mined Kakhovka HPP's aggregates and the dam and could blow it up. According to him, if the occupiers blow up this dam, over 80 settlements, including Kherson, will be in the way of a rapid flood, and hundreds of thousands of people may be affected.

He also added that if the Russians are preparing a terrorist attack, that means they realize their inability to hold the entire south of Ukraine, including Crimea.

As IMI reported, earlier, Russian state and pro-government mass media received yet another manual from the Russian President's administration on how to cover the "martial law" introduced on the annexed Ukrainian territories by dictator Vladimir Putin.