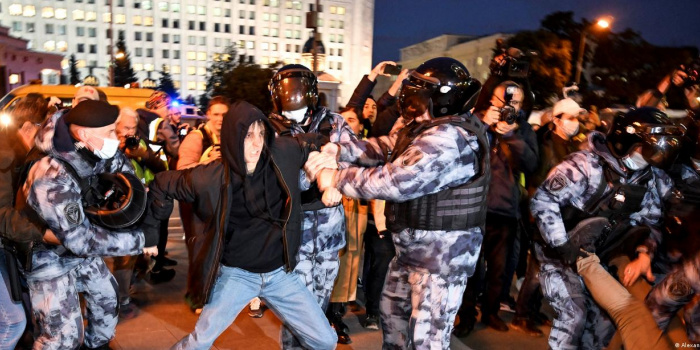 The editorial team has a photo of the conscription notice that was allegedly issued to the editor of one of the media outlets, Arthur Reshetniak. The channel does not specify which media he works for. Reshetniak was ordered to come to an enlistment office on September 26.

Earlier, Yanina Nimayeva, a journalist from Buryatia, was outraged by her husband, a father of five children who has never served in the army, being drafted. 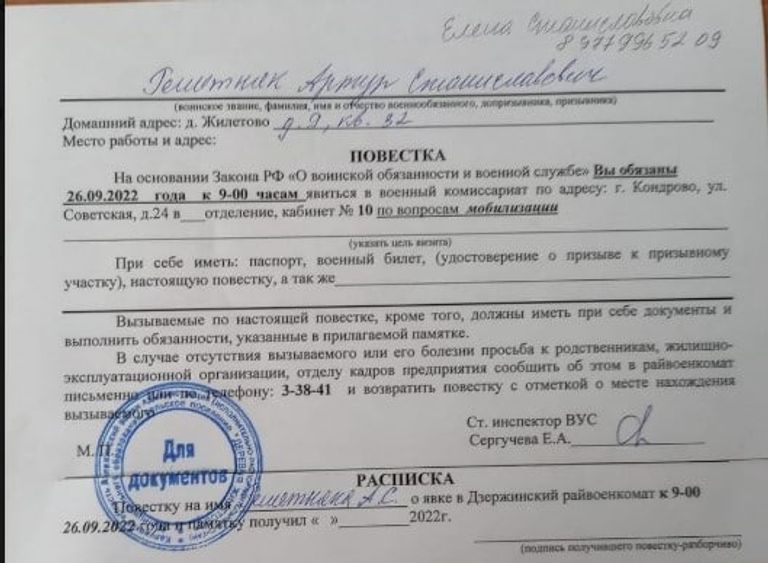 As Detector Media reports, Russia did not let a RIA Novosti journalist out of the country due to a military enlistment office's decision. Propagandist Margarita Simonyan was outraged by this and defended the pro-Kremlin news agency correspondent, remarking that "her colleague just wanted to go on vacation."

Earlier, the Russian Ministry of Digital Development, Communications and Mass Media reported that the mobilization of IT specialists, communications workers and media representatives would be postponed.

On September 21, Russian President Vladimir Putin announced a "partial mobilization" in Russia. On the same day, Russians started rallying. Protests took place in 38 cities. The police detained more than 1,300 people, including journalists. People who oppose the war continue to go to rallies.