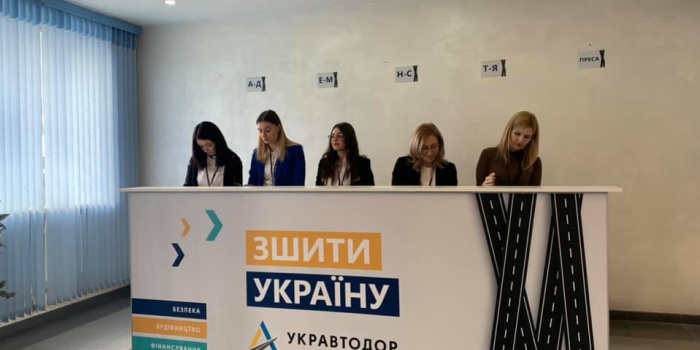 The journalist with Radio Svoboda said that her edition was not invited to the meeting in Ukravtodor agency attended by the head of state, while other media received such invitations. Vlasta Lazur told it speaking to IMI.

As the journalist said, other mass media "received secretly and individually" an invitation to the strategic meeting "Suturing Ukraine: security, construction, financing" with the participation of the President Volodymyr Zelensky. At the same time, the press release sent by Ukravtodor to the press warned that participation was supposed to be only “upon invitation ".

“About thirty journalists received invitation letters to the event. There was no announcement of that meeting. No press releases as well. This was Ukravtodor agency that invited to the event. But, according to our sources, which are close to the Presidential Office, this was at the Office of the President where the list was formed,” the journalist said.

As Lazur said, they tried to get in without an invitation letter, but with no success.

She also said that the last week, this is the second meeting attended by the President, to which Radio Liberty was not invited, although other mass media attended it.

“Last week, the President visited Ukrgasbank. We also didn't know about this event. We have already seen that there will be other media, fait accompli. That is, the event was not behind closed doors. This is a selective approach. Of course, we are surprised, ”Vlasta Lazur said.