PTV.UA channel announces that their Facebook page is on the verge of being deleted for posting Azov-related content 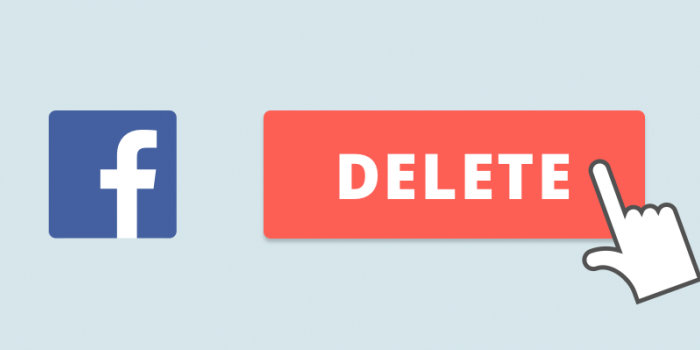 In Poltava, PTV.UA TV channel stated that Facebook had blocked its live broadcast function and given the page "red" status, i.e. close to deletion. The channel's staff believes that the reason for this is content in support of Ukrainian defenders in Mariupol.

The channel announced this on April 26 in their Telegram channel.

"After a post about the fighter who died there, we received a warning about the possible deletion of our page. This is a post about Eduard Horoshochok from Azov and a Revolution of Dignity participant who died during the fighting in Mariupol," the statement reads. 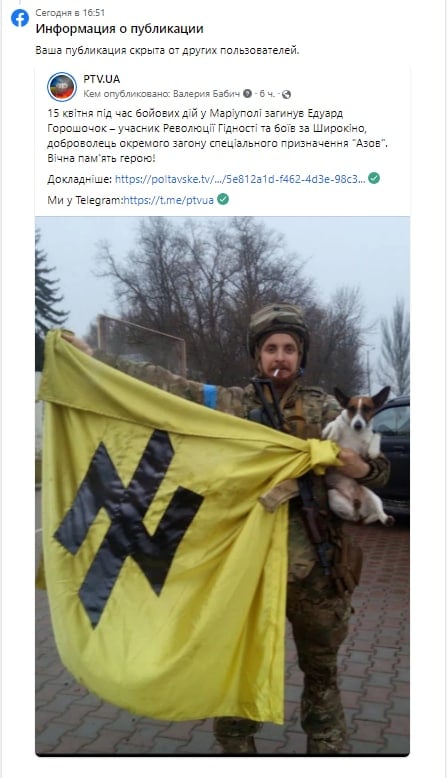 The channel's editorial office also said it had contacted Facebook to find out why Azov was on the ban list, and that its logo appeared to be identified as a terrorist organization's logo.

"We were told that the ban on the distribution of content about the Azov Regiment was due to the fact that this organization was somehow connected with the Second World War. Guess how? Nobody said directly that the Azovs were Nazis, but Facebook's stance seems to be: to give hints so as not to offend anyone. Facebook's algorithm will block you for the logo and any support of the Azov Regiment," the TV channel said.

The channel added that "the tech support person explained everything to us succinctly: 'All our engineers and developers of automatic algorithms do their job while living on tropical islands, they are not aware of what is happening there in Ukraine. I'm sorry if this offends you.'"

"He advised us not to post the the Azov Regiment's logo on social media and, perhaps, it is better not to mention this organization. The most interesting thing is that the man in Facebook's tech support knew Ukrainian and russian very well, but he has not lived in the CIS for a long time.

"This page is, of course, important, but what worries us the most is that the Azov Regiment – the heroic defenders of Mariupol – are marked on Facebook as Nazis of the Second World War. How can this be, if they themselves are at war with the Nazis of the 21st century?" the TV channel staff noted.