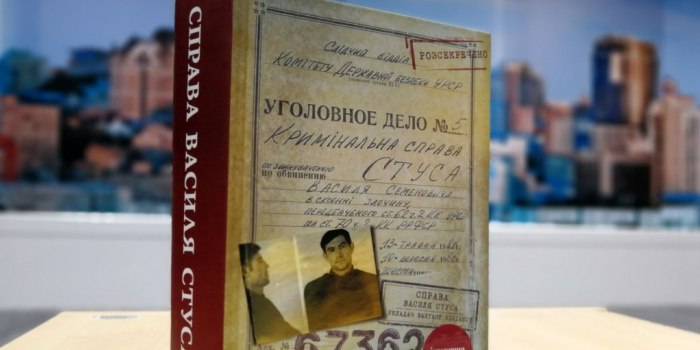 The Presidential Office said to be surprised at some wordings in the decision of the Darnytsia District Court of Kyiv which banned distribution of Vakhtang Kipiani's book "The Case of Vasyl Stus" unless taking down information about the MP from the "Opposition Platform - For Life" Viktor Medvedchuk, as this was reported on the website of the President of Ukraine.

The Office of the head of state reported: We’ve taken note of the decision of the Darnytsia District Court of Kyiv regarding the book "The Case of Vasyl Stus". We also have taken note of the claim that the author of the book Vakhtang Kipiani and the representatives of the publishing house made about the intention to file an appeal against. This is at least sygnifying that society is willing to defend one’s rights. Absolutely, we are surprised by some of the wording in this decision. Although we do not question the independence of the judiciary, as this is said in the message.

The Office of the President found "strange" the court spoke of Viktor Medvedchuk as of a "character (actor) of the piece of artwork."

“Most of the content of the book is an exact reprint of the case files of the criminal proceedings. That is, the purely documentary basis of the book does not cause the slightest doubt. Thus, it is by this logic of the book that V. V. Medvedchuk is a participant in a real process that took place in history, and not just a "character of the work." The participant's behavior is analyzed solely on the basis of documented facts, which are not a product of the authors' literary work and literary fiction,” as the Office of the head of state noted.

At the same time, the Office of the President emphasized that censorship in Ukraine was directly and unambiguously prohibited by the Constitution, in any form.

As IMI reported, on October 19, historian and journalist Vakhtang Kipiani said he would appeal against the decision of the Darnytsia District Court of Kyiv to ban the distribution of his book “The Case of Vasyl Stus”.

On October 19, Vivat publishing house decided to appeal  against that decision of the Darnytsia District Court of Kyiv.

On October 19, the Darnytsya District Court ordered Vakhtang Kipiani, author of the book “The Case of Vasyl Stus”, and Vivat Publishing House to take down any saying about Viktor Medvedchuk, MP from the Opposition Platform for Life, and banned the distribution of printed copies until redressment of violations of Medvedchuk's non-property rights.