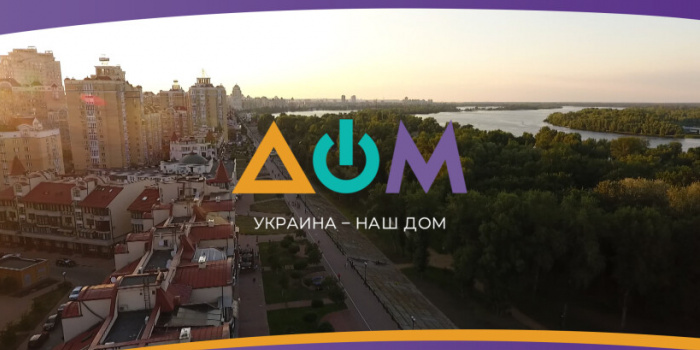 Dom TV received some instructions from the President's Office on how they should censore its news, as former employees of Dom TV channel told Ukrayinska Pravda.

UP reported that the director of the TV series "Servant of the People" Oleksiy Kiryushchenko was unofficially supervisor of the TV channel.

"Formally, the channel, like all state-owned foreign broadcasting platforms, was and is administered by Yulia Ostrovska, who previously worked as a production director at the Kvartal-95 studio. For the first year, as a creative editor, Maksym Krechetov worked with her. Before starting Dom TV, he had just left the Information Policy Directorate in the OP, but he still remains member of the Council for Freedom of Speech under the President, ”the article reads.

Also, this was Ksenia Gerasymenko, who was responsible for the news and who ensured communication between the management and journalists, managing editors.

It was Gerasymenko, according to two former employees of the channel, who passed instructions on writing news from the OP, scolded the employees for "presenting the victory not as a victory", and then cleaned up these messages in messengers.

According to instructions from above, journalists were to call the front only a "line of demarcation" and the militiamen "illegal armed groups." The words "war", "conflict", "enemy" could not be used.

"Some of the instructions were made orally or" and goes without saying from point of view of Kseniya". Employees had to constantly mention in the news Zelensky, OP, presidential programs "Great Construction ", loans "5-7-9%" and positively speak og then head of the Ministry of Reintegration of the temporarily occupied territories oleksiy Reznikov, "- they said in an article. It is also noted that journalists could not mention Petro Poroshenko.

The UP reports that it tried to obtain the comments from Dom TV channel, but the management, "having received questions, called them provocative and did not find time to reply to them."

The state TV channel Dom was established in March 2020 to broadcast on the temporarily occupied territories of Ukraine. In October 2021, Detector Media reported that Dom had spent UAH 30 million (about 1,126 million) on Ukraine-wide advertising that did not mention internally displaced persons or the occupied territories.