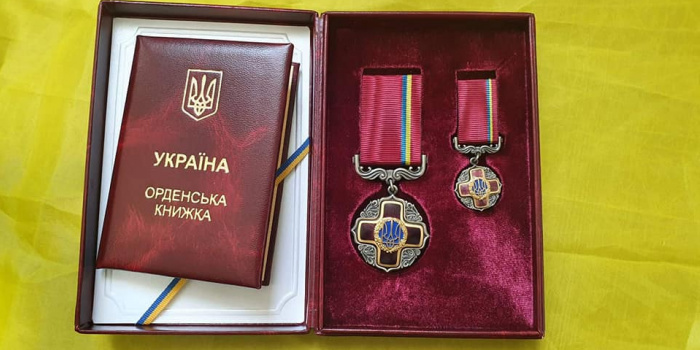 This was announced by the Luhansk Regional State Administration.

On Journalist's Day, Volodymyr Zelenskyy awarded each of them with the Order of Merit of the 3rd degree.

Oleksiy Kovalyov and Anastasia Volkova, together with a few colleagues, have stayed in Luhansk region since the start of the full-scale russian invasion. Anastasia's reports and live feeds can be watched on Dom TV channel.

Ukrinform website contains many photo reports by Oleksiy Kovalyov shot from February to April, in which he showed the daily life of residents of Severodonetsk and the neighboring settlements that are being destroyed by russia.

Oleksiy has also been helping at the volunteer headquarters, and, together with like-minded people, he launched an informal "SCT: Severodonetsk City Television," which has been cheering up the residents who remained in the city every day.

"Cable Internet was already missing in almost the entire region, mobile Internet was barely working. So Oleksiy Kovalyov walked several kilometers almost every day to connect to the Starlink station – the only station in the city at that time – so that hundreds of thousands of Luhansk region residents could see their homes and streets!" said the Luhansk Regional State Administration.

Anastasia Volkova was the last of the working media workers to leave Luhansk region. Anastasia had come under fire while preparing a report about the evacuation of people from the almost occupied Rubizhne.

Due to the intense fighting, the journalist was forced to leave Severodonetsk, but she continues to cover the life in the region as much as the safety situation allows.