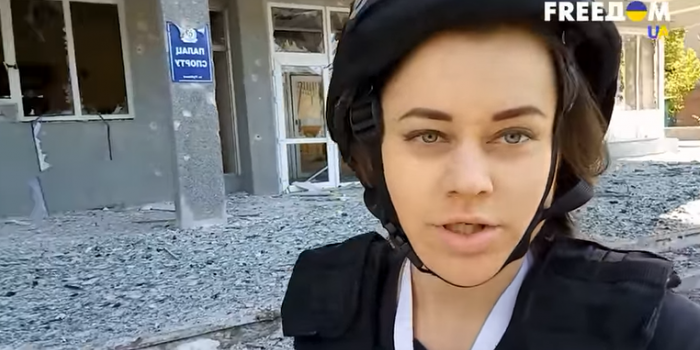 Anastasia Volkova, a correspondent for the "Dom" TV channel, came under fire in the partially occupied Rubizhne, Luhansk region.

As Anastasia told an IMI representative, they arrived in the city on April 28 to film the evacuation of people. At this moment, the russians opened fire on the place where the evacuation was to begin.

“We had just arrived and five minutes later, they started to fire precisely at the square where we were. We crawled into the Palace of Culture on our stomacks, over broken glass, to survive the shelling. We heard the shells hit to the left, to the right, in front, behind the building, and the building itself. We heard a heavy mortar working," said Anastasia.

According to the journalist, she was wearing a bulletproof vest and a helmet with PRESS stickers.

She left when she realized that the occupiers had run out of ammunition and had a chance to take advantage of this lull. When the journalist had already arrived in Severodonetsk, she noted that she could hear the shelling resume in Rubizhne. 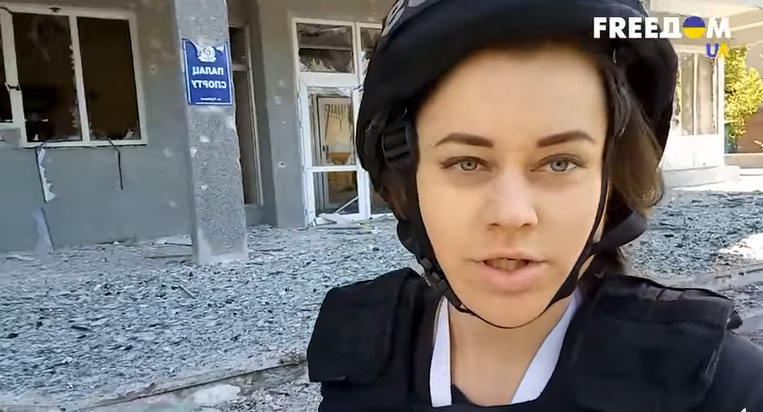 According to IMI, in two months of full-scale invasion, Russia has committed 243 crimes against media and journalists in Ukraine.