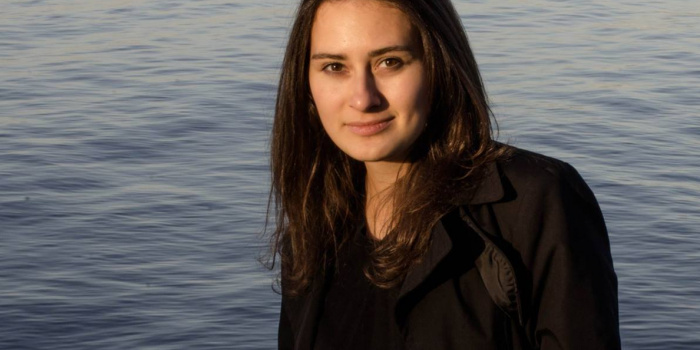 In the village of Hatne (Kyiv region) on October 6, police attacked Taisiya Kutuzova, freelancer freelance journalist for KyivPost and documentary filmmaker, as the victim reported it by herself to IMI.

According to Taisiya Kutuzova, the police twisted her arms and damaged her microphone. During the attack, as Kutuzova said, she introduced herself as journalist.

The incident took place on the street near the territorial election commission of Fastiv district, where the journalist was filming for the documentary “Shut up!” about local activist Serhiy Chagarov.

According to the journalist, several dozen people gathered under the walls of the commission. Among them, local activists recognized the thugs for hire, titushki. Several police patrols arrived at the scene.

“I approached the scene and recorded the events on video. As I was taking the pictures, a man unknown to me was got in the frame, he asked not to take him on pictures. I took the camera aside, but he kept making pressure on me, telling me to get off the camera altogether. It turned out later that he was a policeman, but at that moment he did not introduce himself and ignored my request to show his ID, ” the journalist said. According to Taisiya, there was an inscription "communication police" on the vest he was wearing.

The incident was filmed by one of the women in the crowd, but the police officer snatched it from her.

When Taisiya raised the camera to record the attack on the woman, the policeman attacked the journalist. He was joined by two other colleagues who began to twist her arms and to snatch her camera.

“The three of them twisted my arms and tried to snatch my camera. I have no injuries, thank God. They  seized me, but there were no bruises left. My cell microphone was damaged, it doesn't work, ” Taisiya Kutuzova said.

Journalist Taisiya Kutuzova filed a complaint with the police and the State Bureau of Investigation over this fact.