Poland raises the necessary sum to by a Bayraktar for Ukraine 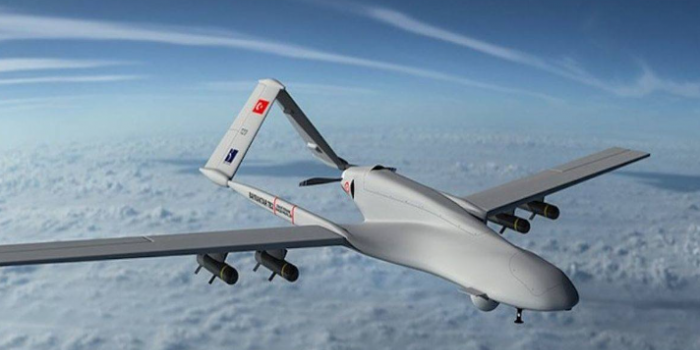 In Poland, 100% of the funds for Bayraktar for Ukraine have been raised – PLN 22.5 million (about $5 million), reports Ukrinform.

Over 200,000 people donated for the "Buy a Bayraktar for Ukraine" campaign, which was held on the crowdfunding platform Zrzutka.pl.

The initiator of the crowdfunding, a well-known public figure, political scientist and journalist Slawomir Sierakowski, noted that even though campaign's goal has already been achieved, the fundraising will continue for several more days, as there are many people willing to participate.

According to him, on July 24, so many people wanted to join the action at the last minute that the Zrzutka.pl servers froze three times.

Sierakowski added that the excess funds raised during the campaign will be transferred to the UAF account at the National Bank of Ukraine.

Previously, Sierakowski reported that there have been some "signals" in the mass media indicating that the Baykar Makina company may deliver the Bayraktar TB2 UAV to Ukraine for free, as was previously done in the case of the Bayraktar crowdfunding in Lithuania and Serhiy Prytula's "People's Bayraktar" project.

As IMI reported, on June 28, in Poland, journalist Slawomir Sierakowski launched a 30-day crowdfunding campaign for a Bayraktar UAV for the Armed Forces of Ukraine.

Previously, Lithuanian TV presenter, founder of Laisvės TV and public figure Andrius Tapinas raised EUR 5 million for a Bayraktar TB2 drone for the defenders of Ukraine in three days. Turkiye decided to hand over the Bayraktar TB2 attack drone for which the Lithuanians had raised money for free. Lithuania has already delivered this Bayraktar TB2 to Ukraine.

TV presenter and volunteer Serhii Prytula also collected UAH 600 million for a Bayraktar for the Armed Forces of Ukraine in three days. The Turkish company Baykar announced that it will hand over three drones to Ukraine for free.

Crowdfunding for a Bayraktar for Ukraine is currently underway in Norway.