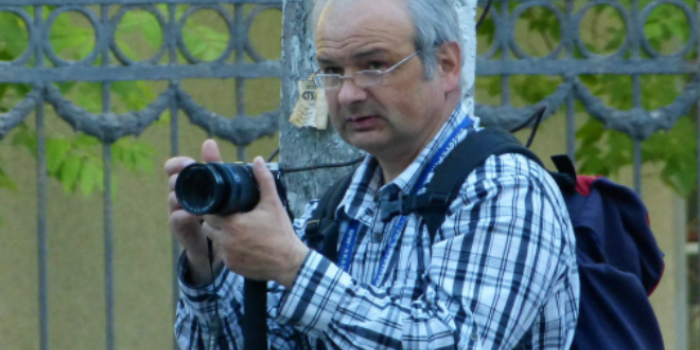 Local photographer and video blogger Ihor Hudenko, who had gone missing on February 26, was found dead in Kharkiv.

This was announced to the Committee for the Protection of Journalists by his colleague, head of the "Green Front" NGO Oleh Perehon.

According to Perehon, Ihor Hudenko died on February 26 while filming on Natalia Uzhviy Street, located in Pivnichna Saltivka-3 and 4 microdistricts.

The search for Hudenko was organized by environmental activists together with paramedics and volunteers. They found his grave, Perehon said, adding that Hudenko had been buried on April 9.

Hudenko's death was also reported by the Legal Advisory Group and confirmed by his friend Svitlana Shkurat.

The Prosecutor General's Office told IMI that forensic experts are currently working to determine the cause of death.

As IMI reported, Kharkiv citizen journalist and videographer Ihor Hudenko has not been in touch since February 26. At the beginning of the full-scale invasion, he had been filming russia's crimes in the suburbs of Kharkiv, where the fighting took place.

The day before his disappearance, Ihor released a video of broken enemy equipment in Kharkiv. On February 26, he rode his bicycle out of Kharkiv and went missing.

According to IMI, at least 28 journalists have been killed due to the russian aggression.