Kharkiv citizen journalist and videographer Ihor Hudenko has not been in touch since February 26. At the beginning of the full-scale invasion, he had been filming russia's crimes in the suburbs of Kharkiv, where the fighting took place.

This was reported by IMI representative in Kharkiv region.

The day before his disappearance, Ihor released a video of broken enemy equipment in Kharkiv. On February 26, he rode his bicycle out of Kharkiv and went missing. Ihor's friends and colleagues suppose that he is being held captive. So they are asking for maximum publicity in order to save him.

Ihor does not have a registered media outlet, but he worked successfully as a video blogger, who, as his friends say, always seemed to be at the forefront of events.

"He filmed the Heavenly Hundred shootings at Maidan, was among those being shot (he miraculously survived, 'his' bullet is still sticking out of a billboard structure on the Heavenly Hundred Street in Kyiv). He is also the author of the footage of a cop handing a bandit a knife that had fallen out of his pocket during the anti-Euromaidan provocations in Kharkiv. Together, we had worked on the documentary 'Yevhen Kotlyar, Hero of Ukraine,' which I directed, narrated, and wrote the script, and he was the cameraman, editor, and co-author," said the chairman of the "Green Front" public organization Oleh Perehon, with whom Igor had been working, in his comment to IMI. 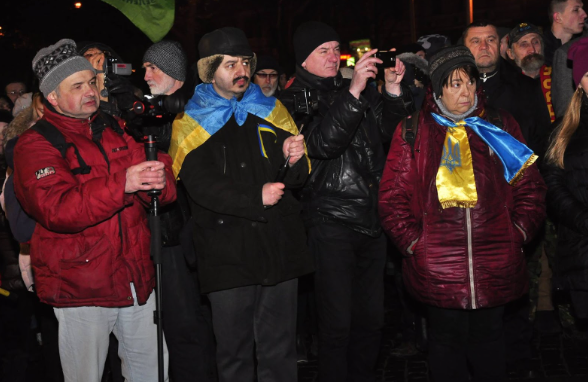