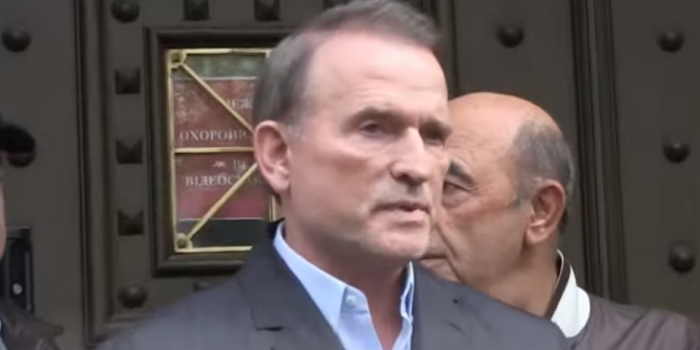 Screenshot from the Hromadske's video

The Prosecutor General Office will ask the judge to place MP Viktor Medvedchuk into custody with an alternative to bail of 1 billion hryvnias (about $37 million) in the case of high treason. This was announced by Prosecutor General Iryna Venediktova on October 8 at a joint press conference with the head of the Security Service Ivan Bakanov, as Ukrinform reported.

"We will seek to choose a measure of restraint in the form of arrest with the possibility of bail of 1 billion hryvnias," the prosecutor general said.

According to the investigation, MP Viktor Medvedchuk persuaded the Ukrainian leadership to supply fuel from the "LPR" and "DPR" and pay directly to the leaders of terrorist organizations.

According to the Prosecutor General, in 2015, for the supply of coal from the temporarily occupied territories of Luhansk and Donetsk regions and for the implementation of the general criminal plan to promote the activities of terrorist organizations "LPR" and "DPR" at least 200 million hryvnias were remitted, cashed in and distributed in their favor, apart from funds paid in cash, out of the planned more than 3.16 billion hryvnias.

At present, Viktor Medvedchuk is placed under house arrest, Taras Kozak is placed on wanted list.