Oksana Romanyuk: with this media bill "Servant of the people" and its leaders softened blow for oligarchs 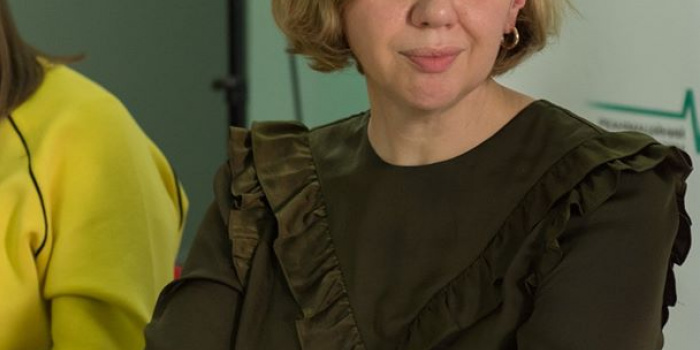 The bill "On Media", which is being prepared by the MPs from the "Servant of the People" faction, can be used by oligarchs after it will be passed by the Verkhovna Rada. This opinion was expressed by Oksana Romanyuk, Executive Director of the Institute of Mass Information (IMI) in an interview with Gordon.

"As to the bill on mass media, I see the threat in it that the media holdings belonging to the oligarchs 'will go on to manipulate public opinion, to exert pressure on editorial policy and so on. How the registration of online media will function, there is no clear-cut vision, since the rules have been indistinctly set forth. Probably, it won't work at all, or, probably,  the officials will be able to manipulate it. It's not clear yet, "she said.

According to Romanyuk, there are actually a lot of questions as to the media bill.

"The media market is a very important part of evolution of Ukraine, particularly, in the context of external informational aggression against Ukraine. The Servant of the People faction and its leadership have repeatedly declared that they would tussle with the oligarchs who will be against deoligarchization in mass media. I don’t see in the Tkachenko bill (one of authors of the bill is MP from the "Servant of the People" Oleksander Tkachenko. - Ed. ) not a single measure in this direction. In the contrary, I see they softened the blow to the oligarches, since anti-monopoly regulation has not been revised, but just copy-pastedfrom the previous legislation and a little bit cosmetically corrected, "- the Executive Director of IMI said.

Romanyuk said that "this is clear it won't work in practice."

"Also, the bill completely cleared of references to journalistic standards, and thus, they gave the green light to manipulations and pressure of oligarchs on mass media. The document has only one mention of an editorial statute that could theoretically protect the independence of the editorial board. But it is more formal," she said.