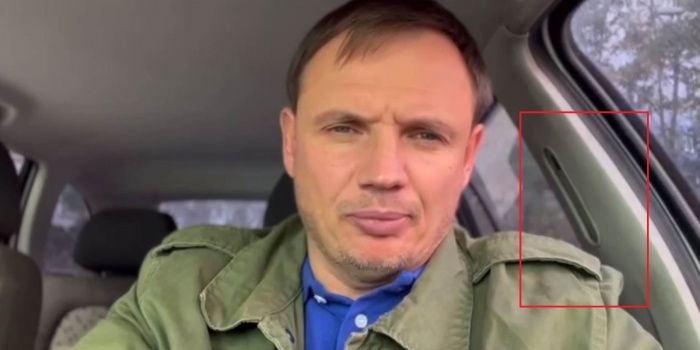 "There was a three car accident. It resulted in one person dead and two others injured. The victims are receiving the necessary medical aid. We can officially confirm Kyrylo Stremousov has died in this car crash," he said.

Earlier, the Russian state media reported on the alleged death of treason suspect, Russian-appointed "deputy administrator" of occupied Kherson oblast Kyrylo Stremousov. However, there were no official confirmations at the time.

Still, the Kherson Regional Council's first deputy chairman, Yuriy Sobolevsky, said that the information has not been confirmed yet. It is possible that the death was staged, he said in a comment to Suspilne.

Vadim Ilmiev, appointed "healthcare minister" by the occupying administration of Kherson oblast, confirmed that there had been a car accident that occurred on the Kherson–Armyansk highway, according to Russian Interfax. Still, he added, the information about Stremousov's state is being verified. "The medics' reports on his death have not yet reached me. The ambulance is on its way to the scene of the accident," he said.

Stremousov's death was also reported by Volodymyr Saldo, the Russian-appointed "head" of the occupied oblast who is suspected of high treason.

On March 13, Kherson blogger-collaborator Kirill Stremousov was notified of suspicion of treason (Part 1 of Article 111 of the Criminal Code of Ukraine) in absentia. In September, the SBU notified Stremousov of suspicion for complicity in the organization of pseudo-referenda in the territories occupied by Russia.

In June, the SBU neutralized Russia's extensive FSB intelligence network, coordinated by the adviser to the so-called "head" of the temporarily occupied Crimea Sergey Aksyonov, in several regions. According to IMI sources in law enforcement departments, the Russian agents were a network of so-called "journalists" coordinated by Kherson collaborationist Kirill Stremousov.