NGOs called on parliament not to restore state broadcasting in Ukraine 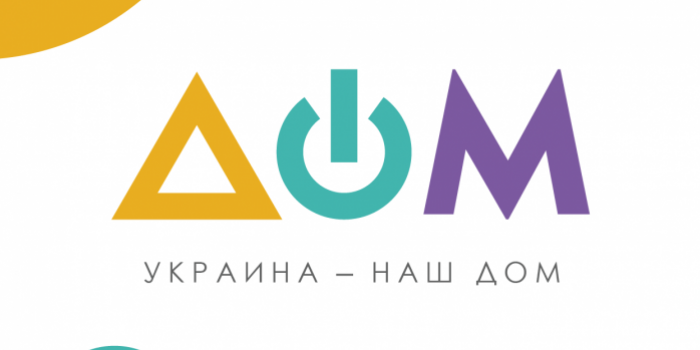 A number of NGOs are outraged by the attempt to restore state broadcasting in Ukraine and warn MPs against passing the #4487 bill, which extends Dom's broadcasting to the entire country.

This is said in the statement of the organizations, which was published on the CEDEM website.

“We emphasize the inadmissibility of expanding Dom's broadcasting to the entire territory of Ukraine, as this is a restoration of state broadcasting as opposed to the Public Broadcasting system, which has remained underfunded for five years", - the statement reads.

"We warn parliamentarians against the current draft law № 4487, as the results of such a decision would directly contradict Ukraine's European course and the democratic reforms launched after the Revolution of Dignity : the privatization of the press and the transformation of state broadcasters into public service broadcasters ", - the statementreads.

We, the non-governmental organizations, the undersigned, draw the attention of the Verkhovna Rada to the inadmissibility of the restoration of the state broadcasting in Ukraine and the violation of Ukraine's international obligations, which will mean the backtracking on democratic reforms.

The bill #4487 “On Amendments to the Law of Ukraine“ On Ensuring the Rights and Freedoms of Internally Displaced Persons ” has been registered in December 2020 , providing for important positive changes for IDPs. But the bill got some amendments for the second reading  hich did not deal with the bill itself, but impose some fundamental changes to media legislation and, in fact, launch a state-run Russian-language television channel throughout Ukraine.

The authors of the amendments argue that the migrants live throughout Ukraine, so the TV programs intended for them should cover all the country. In fact, under the guise of protecting the rights of internally displaced persons, the state-run Russian-language TV channel Dom is expected to expand broadcasting for the temporarily occupied territories to throughout Ukraine by including it in the universal program service (ie a list of programs guaranteed free access to all viewers).

The need to meet some specific information needs of migrants in the free territories is far-fetched and cannot serve as a justification for the adoption of the draft law # 4487 in its current edition. Already today, the public broadcaster meets the informational, cultural and educational needs of the entire population of Ukraine, creates and broadcasts programs for all social groups, as evidenced by the high level of trust and steady audience growth, leadership among the media in terms of professional standards.

We emphasize the inadmissibility of expanding the broadcasting of the Dom TV channel to the entire territory of Ukraine, as this is a restoration of the state broadcasting as opposed to the Public Broadcasting system, which has remained underfunded for five years. Such steps can be seen as pressure and an attempt to expel Suspilne from the media space. NGOs have repeatedly stressed that Public Broadcasting was an integral part of a democratic state, and its mission was to "Safeguarding freedoms in Ukraine. Providing the public with truthful and balanced information about Ukraine and the world. Facilitating public dialogue for enhancing public trust, developing public responsibility, the Ukrainian language and culture, identity and Ukrainian nation.” That’ is why any attempt to infringe upon independence of the Public broadcaster, forming an artificially politically conditioned competitiveness with the public broadcaster is an attempt to divert political course of Ukraine towards autocracy.

We warn parliamentarians against adopting Bill #4487 in the current edition, as the results of such a decision would directly contradict Ukraine's European course and the democratic reforms launched after the Revolution of Dignity which are the denationalization of the press and the transformation of state-owned broadcasters into public service broadcasters.

The statement is open for signing by all those who are willing (for this, contact email [email protected] or write a message on the Facebook page of CEDEM).

NGO Center for Democracy and the Rule of Law

NGO "Committee of Voters of Ukraine"

Center for Political and Legal Reforms

It will be recalled that on January 26, the Verkhovna Rada Committee on Humanitarian and Information Policy instructed its chairman Mykyta Poturayev to submit a proposal to withdraw the draft law #4487 “On Amendments to the Law of Ukraine“ On Ensuring the Rights and Freedoms of Internally Displaced Persons ” which is supposed to repurpose TV channel Dom. The members of the committee referred to meaningfulness and tenability of changes to the media legislation, as well as compliance of the above amendments with the requirements of the Rules of Procedure of the Verkhovna Rada.

The Media Movement speaks out against the strengthening and reorientating of the state-owned media (including the Dom and Rada TV channels), which have recently taken place at the behest of the head of state, his team and the Servant of the People parliamentary faction.