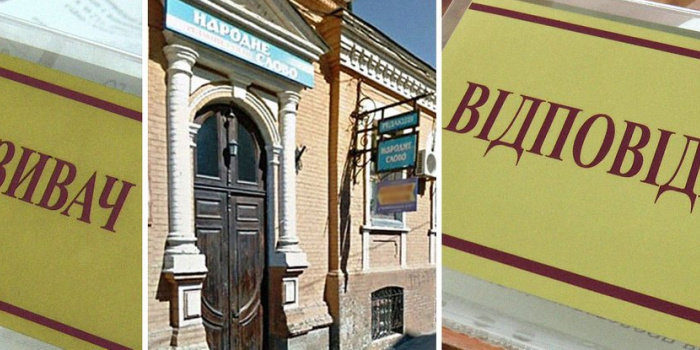 The Central Commercial Court of Appeal in Dnipro dismissed the appeal of the Regional Center for Services Development, which demanded the eviction of the former regional council bulletin and now the regional newspaper “Narodne Slovo” from the former premises.

Oksana Gutsalyuk, editor-in-chief of the Narodne Slovo newspaper, told about it, as Suspilne reported.

"We won the first instance. The Services Development Center, a regional enterprise utility company, has filed an appeal with Dnipro. They demanded to terminate the lease agreement and evict us from the premises. We allegedly did not pay 14,300 hryvnias, but we paid all, ” as Oksana Gutsalyuk said.

The text of the relevant decision has not been published yet.

As IMI reported, in April The Kirovohrad Regional Council's utility company, “Regional Service Development Center”, seized the Commercial Court demanding that the “Narodne Slovo” weekly newspaper vacate the premises at 46 Chornovola Street, which they were leasing.