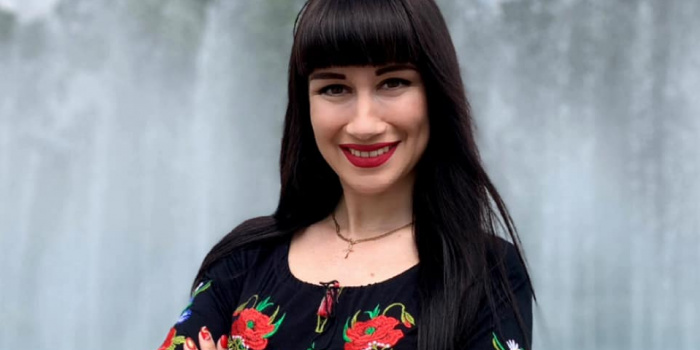 In six months of living in occupied Kherson, journalist, TV presenter, acting producer of Suspilne's Kherson branch Erika Avdeeva was forced to change her place of residence and introduce herself under a different name.

She spoke about this in an interview with Detektor media.

"I cannot claim that there was any kind of surveillance (of the house – Ed.). I was not there. We left the house almost immediately. We knew that we could not live there. We were switching houses. It was impossible to live at home, we knew that, but it was very difficult. First of all, we couldn't officially rent a house, because that would require showing our documents, and renting unofficially was not an option either, because you didn't know who lived there before. Staying with our friends was dangerous, as they could come search there. That's why we mostly stayed at my mother's friends. It was difficult to explain to the child why we had to hide. She was six years old then, she turned seven in July. Why we call ourselves by different names when meeting new neighbors. Why she can't tell anyone where her parents work. There were several occasions when new neighbors recognized me, and I had to say that I just coincidentally looked like Erika Avdeeva and that I never even dreamt of working on TV. I was with my daughter at the time, and she was very surprised to hear me lying. Later, all the way home, my daughter was explaining to me that lying is bad, and asking what have I done to be hiding from everybody," the presenter said.

She said that the Russians were trying to talk to the locals. For this reason, she always tried to avoid them, crossing the street to the other side or leaving faster.

"Once I was walking down the street, an ordinary car stopped next to me (not a military one), but four soldiers were sitting in it. I was very scared, because I was alone on an empty street. They greeted me, and I had to reply. I kept walking, they drove along slowly. And here one of them says, "Hey, you're pretty.'' I thought I was going to turn gray with fear. Then the other said, "Well, have a good day, pretty girl.'' And, luckily, they left. It was not far from the house where we were living at the time. When I came home, I was hysterical. They approached me in stores, tried to ask me something. Buryats spoke to my mother multiple times – they wanted to get to know her," the journalist said.

As reported by IMI, the russian occupiers in Kherson appointed former janitor Lilia Makarova "administrator" of their TV channel "Tavria," which was created on the basis of Suspilne.Kherson.