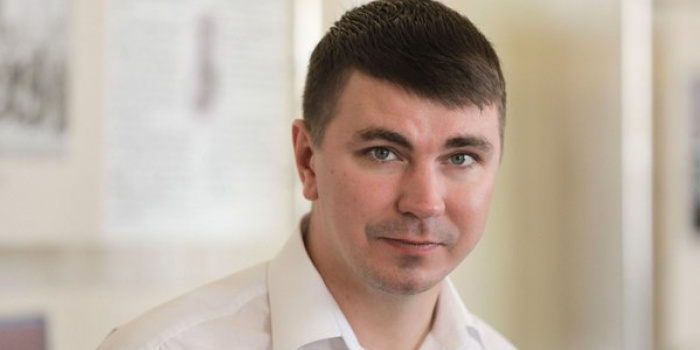 Anton Polyakov, a MP from the For the Future party, submitted for vote in the parliament a draft resolution “On Proclamation of the Verkhovna Rada of Ukraine of necessity to udertake measures for an immediate restoring of national sovereignty in domain of state administration”. If adopted, foreign states, international organizations, and foreign-funded civic activists will no longer be able to influence the country's public policy.

The draft resolution №6009 was registered in the parliament on September 8. However, the text of the project has not yet been published on the website.

In his Telegram, the MP posted screenshots of the draft resolution, as UNIAN reported.

“The authorities talk a lot about democracy and protection of sovereignty, while Ukraine is ruled over by G7 ambassadors, the IMF and "civil activists", who are funded no-one-knows-by-whom. Today, I’ve submitted the proclamation on restoring of Ukraine's sovereignty in the domain public administration to be voted at the parliament, ” as Polyakov wrote.

In particular, the declaration submitted by him prohibits foreigners from taking public office in Ukraine, in particular by obtaining Ukrainian citizenship without renouncing another citizenship. Also, people who receive money from abroad will not be able to finance political campaigns, the media and participate in governing the country. In addition, foreigners will be prohibited from being members of bid commissions and selecting officials, judges and any other officials for Ukraine.

The text of the declaration also stipulates some direct bans for the Cabinet of Ministers and the President of Ukraine to cooperate with international organizations and grant activists.

The MP proposed to declare foreign ambassadors who interfere in the internal affairs of Ukraine persons non grata.

The document means that all legal norms that are contrary to this text, will automatically lose their legal force, and within three months period, the Cabinet of Ministers will be obliged to submit appropriate amendments to the legislation.

Polyakov assured that if his bill is supported, it will be possible to "stop the practice of external interference in governing the country."

As IMI reported, on May 29, 2020, Oleksandr Dubinsky registered in the Verkhovna Rada the Bill №3564 on Amendments to Certain Legislative Acts of Ukraine (Regarding transparency of activities of civic associations with foreign support).

One of the proposed amendments is a ban for former executives of NGOs to take superior positions at state, municipal and state-owned enterprises, if the NGOs they had headed previously received more than 50% of funding from abroad. The MP proposed to include the relevant norm in the Commercial Code.

On July 27, 2020, the MP Oleksander Dubinsky submitted to the Verkhovna Rada Bill №3936 on amendments to the Tax Code of Ukraine to ensure the disclosure of information on the financing of public associations.

In his concept note, Oleksander Dubinsky writes that the bill is aimed at "introducing transparent reporting" for NGOs that are funded more for than 50% from abroad.

On July 31, 2020, the head of the ZMINA Human Rights Center, Tetyana Pechonchyk, said that since the beginning of 2020, 12 bills restricting the work of public organizations have been submitted to the Verkhovna Rada. Three of them registered in July.