Ministry of Education refused to confer scientific degree to Kyva 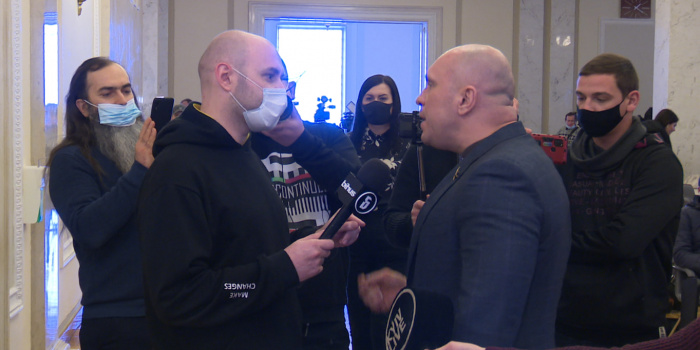 The certifying commission of the Ministry of Education and Science refused to confer the degree of Candidate of Science in Public Administration to MP Illya Kyva.

This decision was issued on November 30, said the head of the subcommittee on higher education of the Verkhovna Rada Committee on Education, Science and Innovation Yulia Hryshyna ("Servant of the People" faction), as Hromadske reported.

According to her, the attestation board of the Ministry of Education and Science unanimously revoked the decision of the special council of the Institute of Personnel Training of the State Employment Service to award Kiwi this scientific degree.

She also noted that the head of the special council and the thesis adviser of Kyva has been deprived of the right to conduct relevant scientific activities for two years.

On July 17, Kyva said that "he was deprived of his degree" due to the lack of novelty in his research.

As IMI reported, on April 26, 2021, Ilya Kyva defended his thesis on "Mechanisms of Civil Society Influence on State Regulation of Law Enforcement (based on the examples of the EU and Ukraine)" at the Institute of Personnel Training of the State Employment Service. 13 members of the commission voted unanimously in favor. At the same time, several journalists reported about obstruction of their work during the thesis defense.

In addition, the Secretariat of the Verkhovna Rada Commissioner for Human Rights opened proceedings for failure to provide the Bihus.info journalist Danylo Mokryk with a recording of a meeting on the defense of Ilya Kiva's dissertation by the Institute for Training of the State Employment Service.

As IMI reported, the State Bureau of Investigation started proceedings over the case of obstruction to professional activities after the complaint filed by the journalist Danylo Mokryk, as he said on 7 of June.