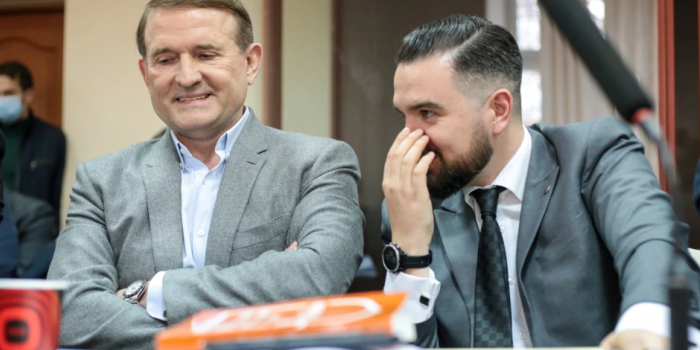 On October 12, the Pechersk District Court of Kyiv denied a request to change the measure of restraint for Viktor Medvedchuk, MP from the Opposition Platform for Life, to release him on bail of 1 billion hryvnias and ordered to place him under 24-hour house arrest, as Ukrinform reported.

The term of house arrest was set until December 7, 2021 inclusive.

The prosecutor general's office will challenge the decision on conditions of Medvedchuk's pretrial detention.

"According to prosecutors, under those circumstances, such a precautionary measure is insufficient and will not ensure the proper conduct of a person. In this regard, prosecutors will appeal against it and insist on detention with the alternative of bail of 1 billion hryvnias, ”  the GPO said.

The prosecutors will argue that such a precautionary measure is necessary, given the existing risks of eventual defection of the suspect, as well as his connections with representatives of the Russian Federation and terrorist organizations.

“Currently, not all persons of the accomplices have been identified in the criminal proceedings and not all witnesses have been interrogated, and some of them do not provide reliable and complete testimony due to fears of influence of the suspect and his accomplices. In addition, the gravity of the incriminated acts and the People's Deputy's suspicion of committing a particularly serious crime in other criminal proceedings were not taken into account, ”the Prosecutor General's Office said.

On October 11, the Prosecutor General Office will ask the judge to place MP Viktor Medvedchuk into custody with an alternative to bail of 1 billion hryvnias (about $37 million) in the case of high treason. This was announced by Prosecutor General Iryna Venediktova on October 8 at a joint press conference with the head of the Security Service Ivan Bakano

At present, Viktor Medvedchuk is placed under house arrest, Taras Kozak is placed on wanted list.