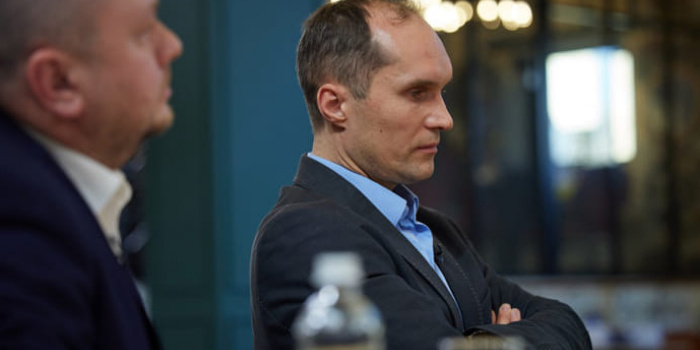 We, members of the Media Movement, consider inadmissible the pressure of government officials on journalist Yuriy Butusov and believe that the State Bureau of Investigation should not become a tool for political reprisals.

It will be recalled that on November 28, the State Bureau of Investigation announced that it was studying a video posted on November 27 by Censor.net editor-in-chief Yuriy Butusov on his Facebook page. On this video, the journalist fires a 152-mm D-20 howitzer. Criminal proceedings have been instituted under Articles 414 of the Criminal Code (“Violation of the rules of handling weapons, as well as substances and objects that pose an increased danger to the surroundings”) and 437 of the Criminal Code (“Planning, preparing, launching and waging an aggressive war”). Yuriy Butusov himself considers such actions revenge of President Volodymyr Zelensky for the conflict at the press marathon on November 26.

These articles of the Criminal Code of Ukraine do not apply to civilians, unless there are some supplementary circumstances. The SBI website itself says that "the SBI exercises jurisdiction overs top officials, judges, law enforcement officers, and those who have committed war crimes." In addition, the report posted on the SBI's official website saying that an alleged person had committed a crime, violates by itself not only the presumption of innocence, but also the statutory investigation procedure, including the identification of a suspect.

We believe that such actions of the SBI are pressure on Yuriy Butusov and should entail criminal liability under Article 171 of the Criminal Code of Ukraine.

There are self-regulatory organizations, such as the Commission on Journalism Ethics, to assess whether the journalist abode or failed to abide by ethics. This is not the responsibility of the SBI, the Ministry of Defense, or other government agencies.

Ukrainian journalists have different views on the acceptability of Yuriy's action in terms of professional ethics, but we all agree that this action cannot be an excuse for the authorities to make pressure.

Media Movement is a community that brings together journalists from leading Ukrainian media, investigative journalists and experts from media NGOs. It will be recalled that on November 16, 2021, representatives of the leading media called on journalists to unite themselves in the professional community to resist political and commercial pressure on freedom of speech.