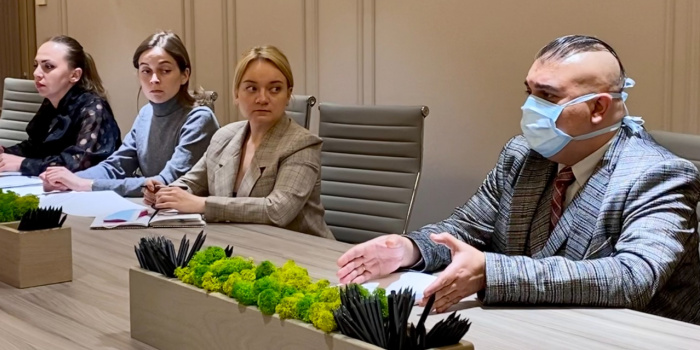 Media lawyer with the Institute of Mass Information called the actions of the State Bureau of Investigation (SBI) toi be pressure on the editor-in-chief of Censor.net Yuriy Butusov. Ali Safarov found that this shows signs of obstruction of the journalist's work, which is a criminal offense under Article 171 (2) of the Criminal Code. He told about this speaking to Detektor Media about this.

“Any government body, including an investigative body, must act within the law (part 2 of Article 19 of the Constitution of Ukraine). The State Bureau of Investigation is a body of pre-trial investigation. It is entitled to conduct a pre-trial investigation, but in strict compliance with the Criminal Procedure Code. The SBI does not provide for "checking the legality of the posted photos, videos, etc." All investigative actions, in accordance with Article 214 of the Criminal Procedure Code, may be conducted only after the event is registered in the Unified Register of Pre-trial Investigations. And this is not an "inspection", but rather investigative actions: interrogations, examinations, etc., " as Ali Safarov said.

According to the lawyer, the SBI was not entitled to disclose the name of a person suspected of committing criminal offenses, so it is impossible to combine in one post "verification under the articles of the Criminal Code of Ukraine" and the name of a precise journalist Butusov, this is forbidden by the Civil Code and other laws. The fact or absence of corpus delicti shall be proved in accordance with the established procedure. "

Safarov stressed that the articles mentioned in the SBI report were Article 414 of the Criminal Code of Ukraine (“Violation of the rules of handling weapons, as well as substances and objects that pose an increased danger to the surroundings”) and Article 437 of the Criminal Code (“Planning, preparation, unleashing and waging a war of aggressiion”) - do not apply to civilians at all, unless there are some additional circumstances.

“The very announcement on the SBI’s webpage about the beginning of the "fact check" can be considered as pressure on journalist Butusov. Such pressure on a journalist has signs of a criminal violation in accordance with part two of Article 171 of the Criminal Code of Ukraine, ”Ali Safarov said.

On November 29, IMI reported, Oleksiy Arestovych, the speaker of the Ukrainian delegation to the Trilateral Contact Group and a supernumerary adviser to the head of the President's Office, believes that Censor.net editor-in-chief Yuriy Butusov could be killed, so he will ask for state protection for the journalist. “... Butusov is being driven up as a sacred victim, he has already been planned as another Gongadze.”(…) At such rate, it is left a very short time for him - every day counts, a maximum - a week. He will be wiped out by those who are drumming him into. And this, according to the plan, will be a signal to start mass riots, amid a sincere indignation of citizens. And all this against the background of the build-up of Russian troops at the border. Is the scenario clear, isn’t ? The perfect ball game for Russia”, as Arestovych said.