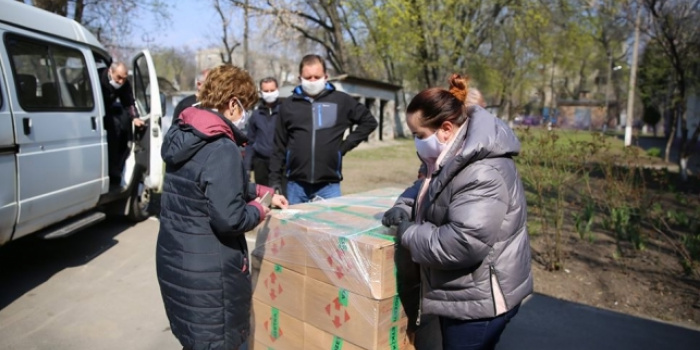 Mayor of Kremenchuk (Poltava region) Vitaliy Maletskiy appealed to the SBU requiring them to verify the activities of the Programa Plus weekly newspaper and the journalist Oleksander Kurylov. The local journalist community accused the mayor of making pressure on mass media and called on to stop persecuting the press for criticism. This is the message of an open letter signed by Kremenchug journalists addressed to Vitaly Maletsky.

The mayor addressed a request to the SBU on April 6, at the meeting of the HQ on liquidation of the consequences of the biomedical emergency, discussing the publications of Oleksander Kurylov.

The letter quotes the mayor's phrase:

“Here is the SBU official, I ask to verify the activity of Programa Plus weekly newspaper as a mass media outlet, the activities of Mr. Kurylov, his labour relations with Mr. Melnyk and all the founders of this newspaper: how it is published, who finances it, how much taxes he paid there and everything else, and I ask that this be an official application documented through live broadcast and mass media. In fact, this is about sabotage, subversive activity of Mr Kurylov, ” Vitaliy Maletsky said.

The journalist community of Kremenchuk has collected signatures under an open letter to the mayor of the city of Vitaliy Maletsky regarding the inadmissibility of his statements on the journalist Kurylov and demanded to stop persecuting him for criticism. The journalists demanded as well to apologize for having voiced public insults of the journalist.

As the IMI representative in the Poltava region told, the reason for such reaction of the mayor was the publication of the journalist from April 5 “Not enough of advertising? Today, Kremenchug officials are promoting themselves thanks to coronavirus pandemic. Picture”.