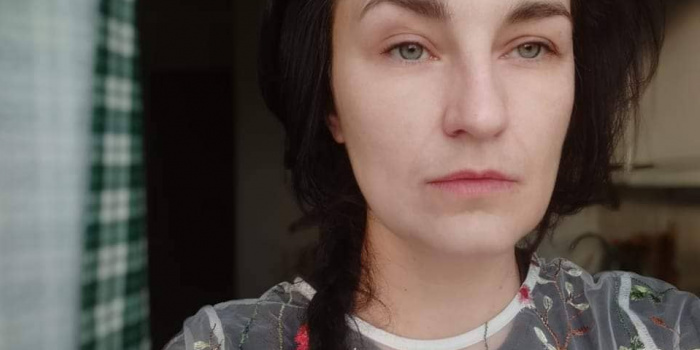 Mariupol journalist Yuliya Harkusha spoke about how she managed to leave the russia-occupied city. While living under occupation, she had been documenting the crimes of the russian army despite the risk to her life. She shared her story with Reporters Without Borders.

According to Yulia, the hardest thing for her was to find herself in an information vacuum, as she did not understand what was going on in the country, what was she to do, or whether she would be able to evacuate.

"I have worked in local news for seven years and saw everything: accidents, fires, even brains on the concrete... I thought that professional cynicism, would help me withstand the horrors of war, like a protective shell, but no one can be prepared for what the russians did to us. Mass graves in backyards, neighbors burying their neighbors, destruction, looting. Despite the risk to die at any minute, for three weeks I had been observing, taking pictures, recording, under fire, on the run, with my six-year-old son on a scooter. The circumstances did not allow me to leave my son alone. I am convinced that recording these crimes is very important. It also gave me some psychological relief," Yulia said.

Later, she had to destroy everything as she left, but, she added, "these reports will remain on the hard drive of my memory."

Due to her successful career and professional ties, she was potentially a particularly important prey for the russian invaders.

"I was a particularly interesting target for the russian army. Due to my work, I know many people in the local military, and my articles are easy to find on the Internet. Before the invasion, I also used to work as a fixer for foreign journalists, taking them to the port and to our army's positions. The russians could have gotten a lot of information from me and taken me prisoner: it is especially convenient to use captured journalists for prisoner exchanges. I lived in an alley, 20 houses in total: it was easy to find me, everyone knew that I was a journalist," she said.

Harkusha left the besieged Mariupol on March 19, as battles were being fought in it. She had to leave her professional equipment behind when she left.

"As soon as mobile connection appeared in the occupied village where we had found shelter, I would contact Radio Liberty and report the news from the occupied Pryazovya. But then the connection disappeared there as well. I had time to send news and videos to my colleagues, but I didn't have time to send my own address. So I was stuck in the occupation for another month," she said.

However, soon the "DPR police" came to them and made a list of all the people present. Yulia called herself a housewife taking care of a small child, and made up a story about breaking her phone.

"In the end, I couldn't take it anymore and went to the local market to stand in line for a phone call: some russian soldiers allowed local residents to call their relatives in Ukraine, to pass something on. I called the transporter who said to wait and delete any information that could attract the russians' attention at the checkpoints from the phones and other devices. Soon they came for us, and we went to pass 20 russian checkpoints.

"I prepared myself mentally, made up a legend that I was taking my child for treatment. At that time, the russians were not checking women yet, but my friend, who works for an international humanitarian mission, was stripped to his waist. In order to leave, I had to leave my professional equipment behind, but the bag from my working laptop attracted the russians' attention. Inside, they saw children's underwear and let us go, but not everyone was so lucky: whoever the russians didn't like was simply left behind. At the last checkpoint, I saw a guy being taken out of the bus. He stood there in the dugout, alone with a suitcase, confused. The bus left. The guy stayed," said Yulia Harkusha.