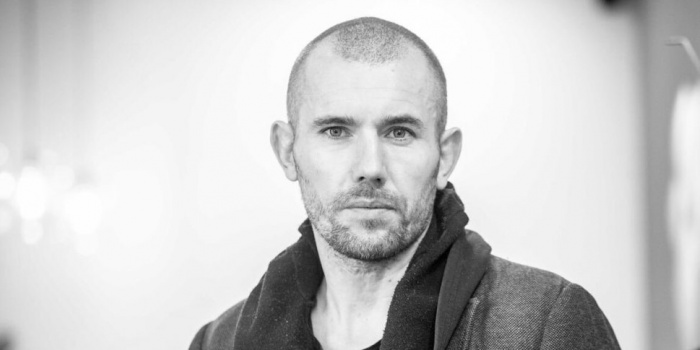 Lithuanian director Mantas Kvedaravicius was killed in April when he tried to take three women, one of whom had a one-month-old baby, out of Mariupol. A militiaman from the so-called "DPR" Pavel Musienko (call sign Pastet) may be involved in his murder.

This is stated in a report by Project, whose journalists had spoken with the participants in the events, reports Current Time.

One of the women whom the filmmaker was helping, Angelina Sosnovska, told Project hat the minibus in which they were going to leave the city was parked in Mariupol's nearby district. They had to get to it on foot, about three kilometers. The distance is small, but due to continuous shelling, the women, together with the filmmaker and the driver, spent all day making short runs to reach it. As they were passing through the yard of a house on Bohdan Khmelnytsky Boulevard, Kvedaravicius and the driver accompanying him were detained. As it turned out, the military from Russia and the "DPR" were using this building as their headquarters.

After the arrest, the women hid in the apartment of one of the building's residents. They went to the Russian military and asked to let their companions go several times. As a result, the filmmaker remained with the Russian military, only the driver was released. Later, he said that back at the headquarters, the military had forced them to undress. They examined the men's bodies for tattoos, gun marks and body armor. They saw a bruise on Kvedaravicius's back. In a conversation with journalists, Sosnovska suggested that it could have been left by her bag, which the director had been helping to carry.

They never released Kvedaravicius. The women went to the car on their own and met the filmmaker's wife Hanna Bilobrova there. After learning what had happened, she went to search of her husband and found his body six days later in a pile of garbage near the place where he had been last seen alive.

Residents of the buildings on Khmelnytsky Boulevard, where the headquarters of the Russian military were located, also agreed to talk to journalists. They confirmed that in late March, the area around ​​this building was controlled by the military of the Russian Federation and the "DPR." One of the "DPRites" used the call sign "Pashtet." Project editors found two "DPR" servicemen with such a call sign on social media. The women whom Kvedaravicius tried to evacuate, uncertainly recognized a man called Pavel Musienko as the man who had been there when the director was being detained.

Journalists texted him on Odnoklassniki, but he replied that he took no part in the battles in Mariupol. However, representatives of the Lithuanian investigative bodies, which are investigating the murder of Kvedaravicius, said that Musienko "is in the investigation's field of view, his involvement in the detention of Kvedaravicius is being established."

Initially, it was reported that Kvedaravicius died under shelling in Mariupol. This version was invented so that his wife could take the body through Russian territory. The filmmaker had gone to Mariupol to shoot a sequel to his film.

One of Kvedaravicius's last films, "Mariupolis," told a story about a city for which fierce battles were going on. It was a film about life on the front line, almost devoid of politics: only a scene of a May 9 celebration, when Russia supporters with St. George's ribbons and those who had come with the Ukrainian symbol of victory – a red poppy – were arguing in Mariupol's main square.

Kvedaravicius is also the author of the documentary "Barzakh" about Kadyrov's Chechnya, which the filmmaker shot in secret.

As IMI reported, the death of Mantas Kvedaravičius in Mariupol became known in early April. It was initially reported that a missile hit his car. It was later reported that he had been captured and killed by the Russian military.

The circumstances of Mantas Kvedaravičius' death in Mariupol were also reported by Verkhovna Rada Commissioner for Human Rights Lyudmila Denisova. According to the Commissioner, he had been taken prisoner by ruscists, who later shot him. "The occupiers threw the filmmaker's body out into the street. His wife, risking her life, took the body out of the blockaded city and brought it to Lithuania. The real cause of the filmmaker's death has not been announced before for the sake of her safety," the statement reads.