Law enforcers who failed to protect journalists with Strana.ua and Shariy.net to be punished 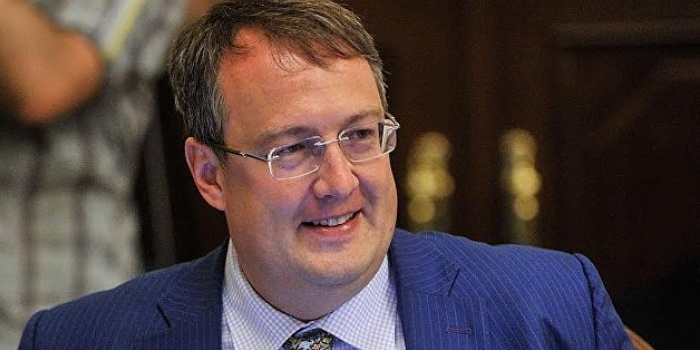 The Ministry of Internal Affairs is conducting an official investigation into the fact that police and National Guard officers did not respond and did not protect the employees of Strana.ua and Shariy.net, whom the supporters of the suspect in the murder case of Pavel Sheremet Yulia Kuzmenko tried to take out from the courtroom. The Deputy Head of the Ministry of Internal Affairs Anton Gerashchenko said it at a meeting of the Verkhovna Rada Committee on Freedom of Speech, as “Detektor Media” reported.

"The law enforcement officers will be subjected to disciplinary action for indecisiveness on service," he said.

Anton Gerashchenko specified that it was question of law enforcers who on December 24 served under the Court of Appeal of Kyiv, where they considered the appeal against arrest of Yulia Kuzmenko. At the same time, he said that the case of the suspected assaulter against the journalists for Strana.ua" and Shariy.net was going to be deferred to the court.

He added that on December 24, there were threats as against the journalists, and voiced by the journalists as well. He explained that in compliance with the Constitution, freedom of speech is in viguour in Ukraine, and the law enforcement officers will only respond to such incidents when "a person finds that the threat against him is a real threat to his life and health."

Gerashchenko also said that the investigation identified and detained "one assailant", who, on December 26, 2019, allegedly attacked the journalist of "Pravovy control" newspaper Serhiy Shevchuk in the premises of the State Bureau of Investigation. The deputy minister added that another assailant has been put on wanted list.

It should be reminded that on December 24, 2019, the police instituted criminal proceedings on the incident involving some journalists from Shariy.net and Strana.ua in the Kyiv Court of Appeal that happened on December 24.

IMI reminded of dozens other attacks and obstruction incidents against journalists who still remain uninvestigated. IMI consider it inadmissible that the police have selective response to violations of journalists' rights and we require the Ministry of Internal Affairs to formally and publicly respond to all cases of attacks against the journalists.