IMI requires from police to investigate every attack on mass media, not only against Shariy and Strana.ua 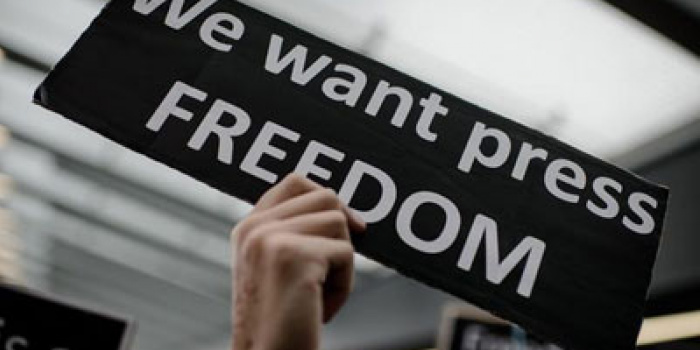 We consider it inadmissible that the police have selective response to violations of journalists' rights and we require the Ministry of Internal Affairs to formally and publicly respond to all cases of attacks against the journalists.

Namely, only in December this year in Kyiv the National Guard and police officers broke the camera and glasses of  the journalist with Radio Svoboda Serhiy Nuzhnenko. The incident occurred as the journalist was covering clashes between the law enforcement officers and protesters under the Verkhovna Rada due to new bill on farmland market to be voted in the parliament. Other journalists, from Hromadske Victoriya Roshchyna and cameraman Oleksiy Nikulin, got injured amid these clashes. In particular, the journalists suffered from tear gas, which was used by the riot police and protesters. Also someone knocked out the phone from the hands of the journalist, as she was filming the clashes. The protesters threw the tent bars at the journalists.

However, the police have not yet reported on the progress of the investigation into these cases and whether the perpetrators of the crime have been identified or not. In particular, from the picture posted by Serhiy Nuzhnenko, one could identify the law enforcement officer who used force against him.

Moreover, another attack on Serhiy Nuzhnenko that occured on March 3, 2018 in Kyiv, near the Verkhovna Rada, has not been probed. That time, a police officer sprayed tear gas against him and the journalist suffered chemical burns.

According to IMI monitoring, over 11 months this year, 226 incidents of violations of freedom of speech were registered in Ukraine. Among them 159 were physical aggression against the journalists. For comparison, according to the GPO, over first nine months this year, only 12 cases under the so called "journalistic articles" have been investigated and brought to court.

Meanwhile, the police had suddenly an immediate and public response to another complaint of attack from “Legal Control”. Police started investigation and even publicly reported on identifying of the suspect person and pressed suspiction against him.

We are amazed at this frankly selective approach and demand the same vigourous, public and strident response to all attacks against the journalists.