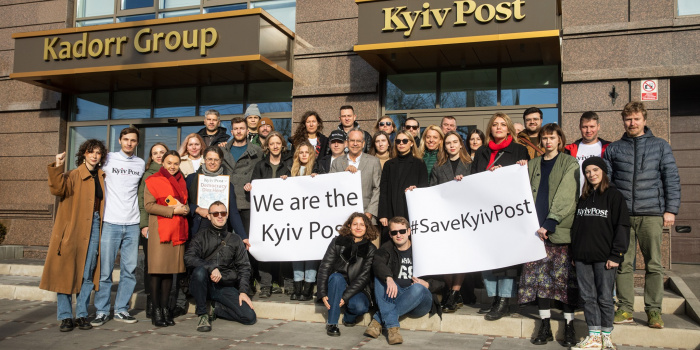 The fired staff of Kyiv Post weekly is looking for funding to launch a new media. This was reported on the Facebook page of the staff of the Kyiv Post.

The team reported that on November 10, for the second time, they held talks with the owner of the publication, Odessa developer Adnan Kivan, and offered him to sell the Kyiv Post.

"Kivan refused. Instead, he offered the fired 50-member team the opportunity to return to the Kyiv Post to work with a new management. That team found it impossible to cooperate with the owner, who was trying to influence the editorial office and get rid of inconvenient journalists, ”the statement reads.

The team said to be willing to launch a new media, and if they would fail to preserve the Kyiv Post brand, but "we will preserve its values."

"The team is working to develop a strategy and business model, as well as looking for potential investors and advertisers," the statement said.