Kuleba calls for a world-wide ban on RT 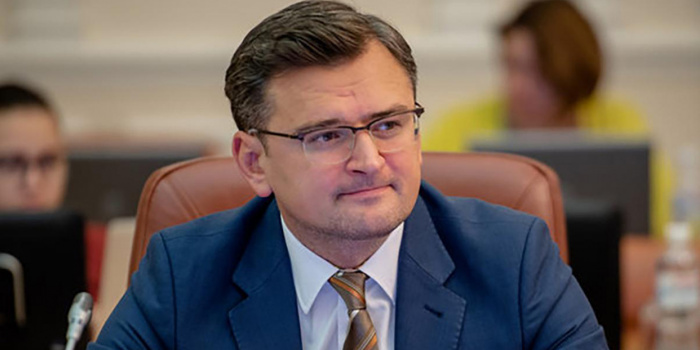 He said this after the Russian propagandist Anton Krasovsky called for the murder of Ukrainian children on the channel's air.

"Governments which still have not banned RT must watch this excerpt. This is what you side with if you allow RT to operate in your countries. Aggressive genocide incitement (we will put this person on trial for it), which has nothing to do with freedom of speech. Ban RT worldwide!" Kuleba wrote on Twitter.

As IMI reported, on October 20, the "Antonyms" program aired a conversation between RT propagandist Anton Krasovsky and writer Sergey Lukyanenko. During the conversation, Krasovsky suggested drowning Ukrainian children who believe that Ukrainian territory is being occupied by Russia. Lukyanenko said that in 1980 he visited Ukraine as a child, and Russian-speaking Ukrainian children told him that Ukraine was occupied by "Muscovites".

Russian propaganda channel "Russia Today" fired their host Anton Krasovsky after his claims that Ukrainian children who believe that Ukraine's territory is occupied by Russia should be drowned. Anton Krasovsky himself wrote that he was "embarrassed" that he "somehow did not see the red line. About the children."

In June 2022, director of russian TV channel "RT" (Russia Today) Anton Kuznetsov-Krasovsky was notified of suspicion for public calls for forceful overthrow of the constitutional order in Ukraine and public calls for genocide of Ukrainians. According to the investigation, in January–March 2022, russian citizen Anton Kuznetsov-Krasovsky was publicly calling for violent overthrow of the constitutional order in Ukraine. He did so in social media, the mass media, and the RT channel.

In August, the SBU reported the completion of the pre-trial investigation against Anton Kuznetsov-Krasovsky.